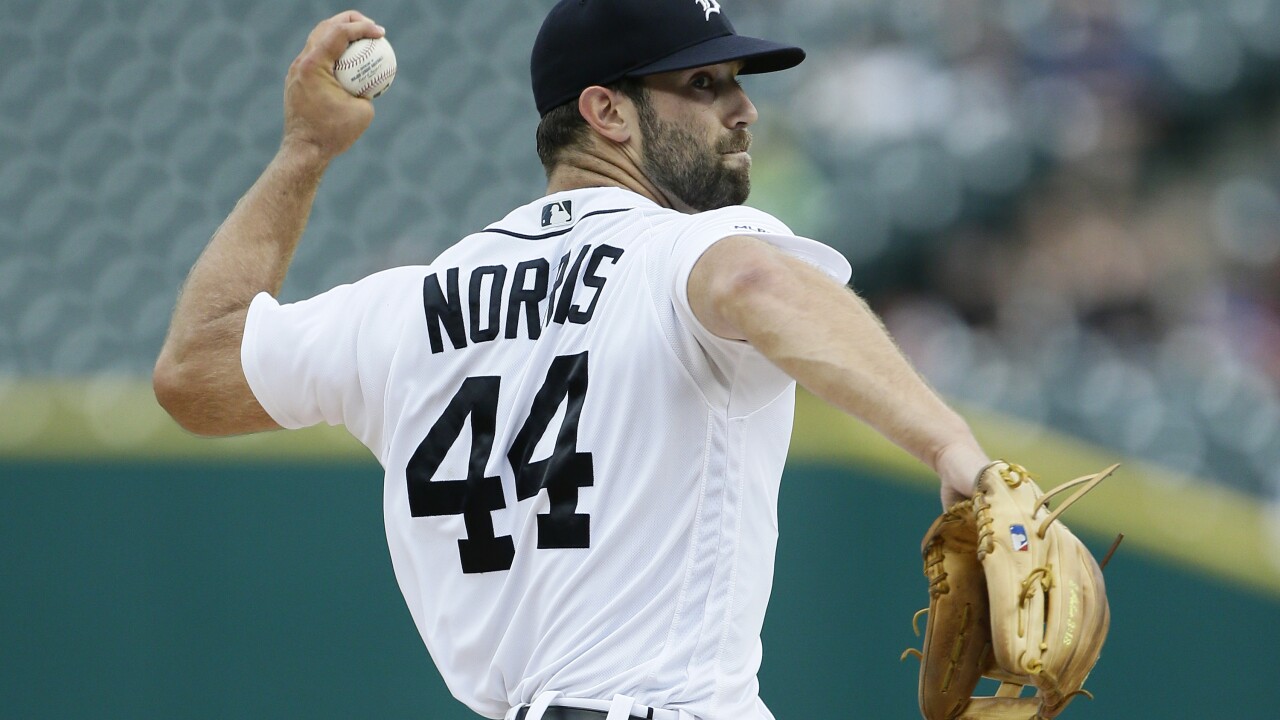 DETROIT (AP) -- Dylan Cease has two victories so far in this, the right-hander's rookie season.

Both have been against the bumbling Detroit Tigers.

Cease pitched five solid innings and Jose Abreu homered and drove in three runs to lift the Chicago White Sox to a 5-3 victory over the Tigers on Tuesday in the first game of a doubleheader. Welington Castillo also homered for Chicago, and Jake Rogers went deep for Detroit.

Cease (2-4) allowed two runs and seven hits, striking out six with one walk. He also beat Detroit on July 3 before losing his next four starts.

"I think he continues to improve," manager Rick Renteria said. "Obviously we'd like to get him to the point where he's more efficient and we can get him deeper into the games, but right now as he continues to learn, we'll take it."

This was obviously a favorable matchup. The Tigers are 10-45 since the start of June.

Three relievers finished for the White Sox. Alex Colome allowed a run in the ninth but held on for his 22nd save in 23 chances.

Abreu gave Chicago a 1-0 lead with a first-inning homer, his 24th of the season. That opposite-field drive came on the 11th pitch of the at-bat.

"It was a battle," Norris said. "I tried to mix in a two-seam there and sort of just left it middle. He put a decent swing on it and it went over the wall. I wasn't executing great in the first. I think if I make my pitches there, the at-bat's over."

Adam Engel hit an RBI double in the second before the Tigers rallied. Brandon Dixon tripled and scored for Detroit in the third to make it 2-1, then Rogers tied it with a fourth-inning homer.

The White Sox added another run in the ninth on Abreu's RBI single. Harold Castro hit a run-scoring single of his own for Detroit to make it 5-3.

MLB.com released player nicknames that will go on uniforms during Players' Weekend from Aug. 23-25. White Sox reliever Evan Marshall has chosen "FORGETTING SARAH" -- a reference to the movie.

"It's `Forgetting Sarah Marshall' -- it's a hilarious movie," he said. "I thought, if they can squeeze it on a jersey, it would be a funny one."

The Tigers claimed right-hander David McKay off waivers from Seattle and optioned him to Triple-A Toledo. He made his major league debut with the Mariners this season, allowing four earned runs in seven innings.

Tigers: Detroit put INF Jeimer Candelario (left thumb sprain) on the 10-day injured list and recalled INF Dawel Lugo from Toledo. Manager Ron Gardenhire did not sound optimistic about Candelario. "His hand's not good," Gardenhire said. "It's not broken or anything but he's definitely not going to be available. It's going to be a while."