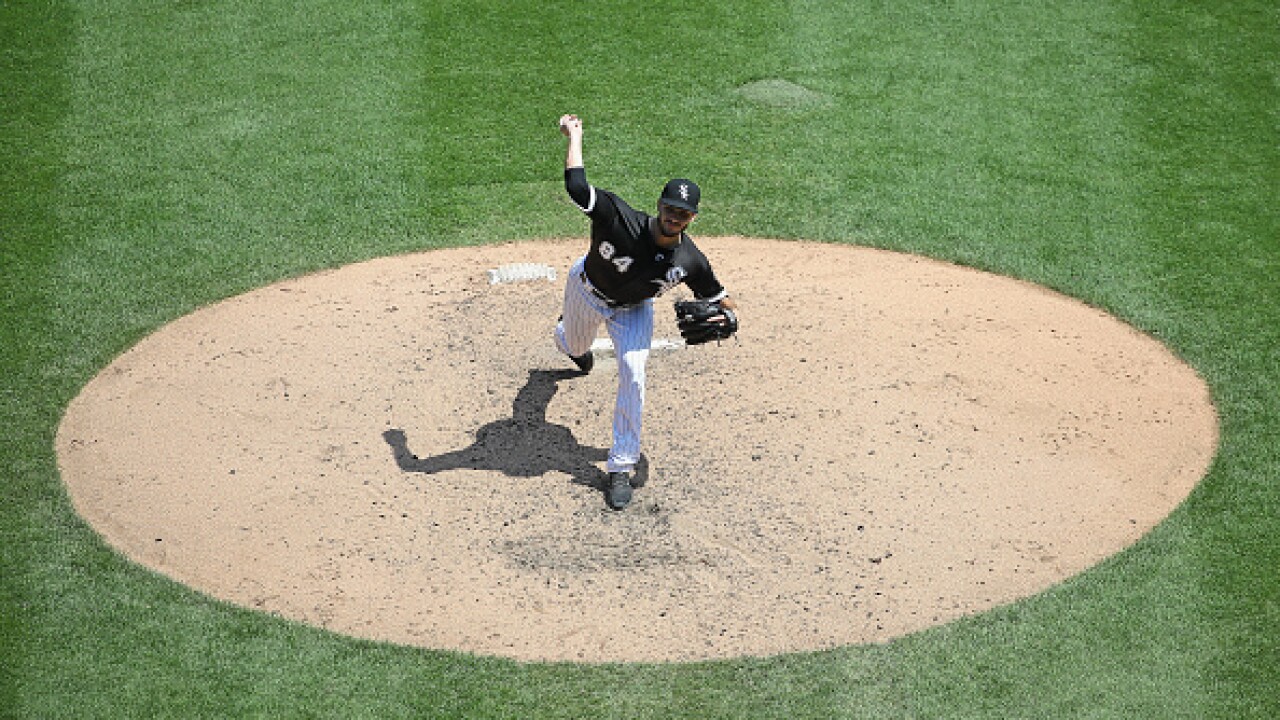 Dylan Cease threw five innings in a winning major league debut, and the Chicago White Sox beat the struggling Detroit Tigers 7-5 Wednesday in the first game of a day-night doubleheader.

Cease showed why the White Sox have been anticipating big things since they acquired him along with outfielder Eloy Jimenez as part of the trade in July 2017 that sent pitcher Jose Quintana to the crosstown Cubs.

The 23-year-old right-hander gave up three runs and four hits, struck out six and walked four. Three of those walks came during a two-run first in which he hit a batter. But he also mixed a sharp curve with a mid-90s fastball to keep the Tigers off balance.

Yolmer Sanchez had two hits, drove in two runs and scored two as the White Sox won for the fourth time in five games. Sanchez hit an RBI double and came around in a two-run fourth against Daniel Norris that put Chicago on top 4-2, and added an RBI single in a two-run sixth.

Surging slugger Jose Abreu went 2 for 4 with a double and a run. He is 10 for 19 over his past five games.

Kelvin Herrera gave up an RBI double to Gordon Beckham with two outs in the ninth. Alex Colome then gave up a run-scoring double to Christin Stewart before retiring Nicholas Castellanos for his 19th save in 20 chances.

Jeimer Candelario homered for Detroit, which has lost 10 of 11.

Norris (2-8) is 0-7 in his past 10 starts after getting tagged for six runs and eight hits in five-plus innings.

The White Sox requested waivers on first baseman/designated hitter Yonder Alonso after designating him for assignment last week. He batted .178 with seven homers and 27 RBIs in 67 games for Chicago after being acquired from Cleveland in December.

Tigers: CF JaCoby Jones left in the fifth inning because of back spasms. ... SS Jordy Mercer started and batted ninth. He had been sidelined since May 7 with a strained right quad.

Tigers: LHP Tyler Alexander -- a Chicago native -- makes his major league debut in the nightcap. A second-round pick by Detroit out of TCU in 2015, he is 2-9 with a 6.23 ERA in 14 starts and 15 appearances for Triple-A Toledo.

White Sox: LHP Ross Detwiler looks to build on his first win since 2016 as a member of the Oakland Athletics, after throwing five effective innings against Minnesota on Friday. He pitched in one game with Seattle last year and began this season with the York (Pa.) Revolution of the independent Atlantic League.