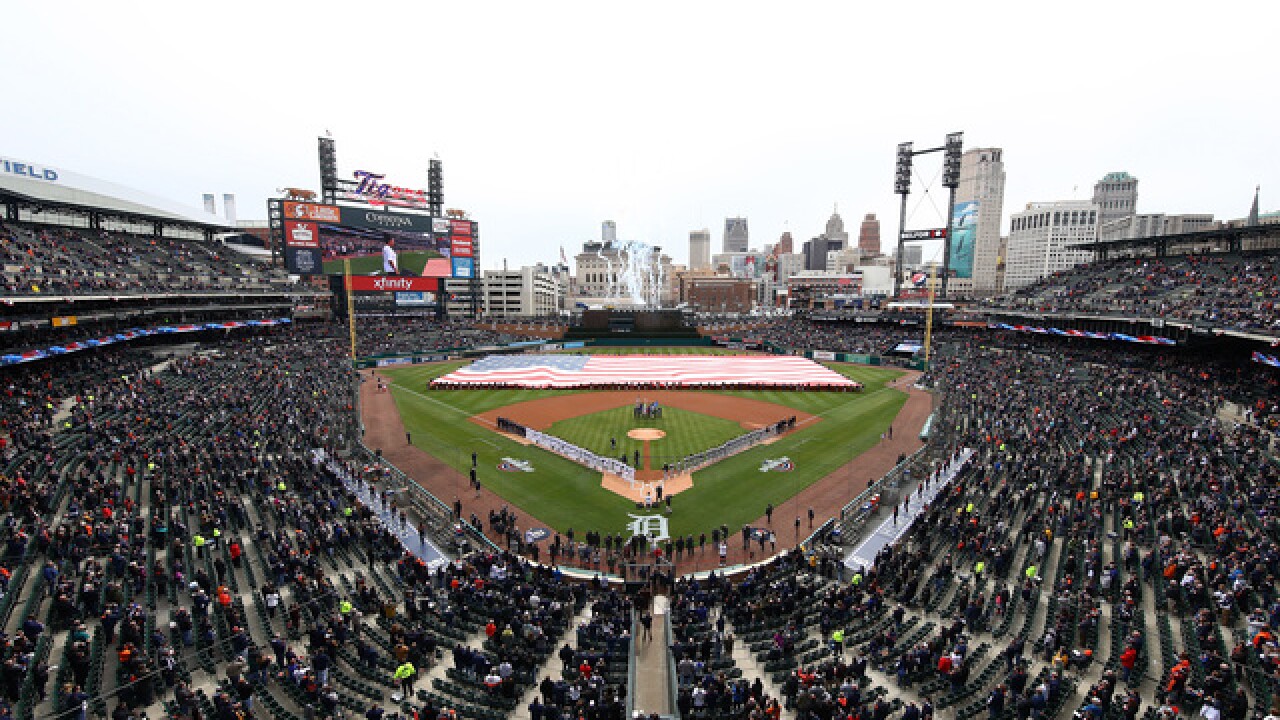 Gregory Shamus
<p>DETROIT, MI - MARCH 30: The national anthem is performed prior to the Detroit Tigers playing the Pittsburgh Pirates on Opening Day at Comerica Park on March 30, 2017 in Detroit, Michigan. (Photo by Gregory Shamus/Getty Images)</p>

The Tigers are set to return to Comerica Park for the resumption of Spring Training this week and have announced what players will begin training camp with the club.

Before play resumes, in late July, the Tigers will have to shave this list to 30 players. There will be a pool of players that are not on the active roster that can be accessed in case of injury.

One player of note not on the list, first overall pick in 2020 Spencer Torkelson.

While he wasn't expected to be on the roster this season, this could have been time with the staff to work with him, but he has not been signed to his rookie deal as of Sunday afternoon.