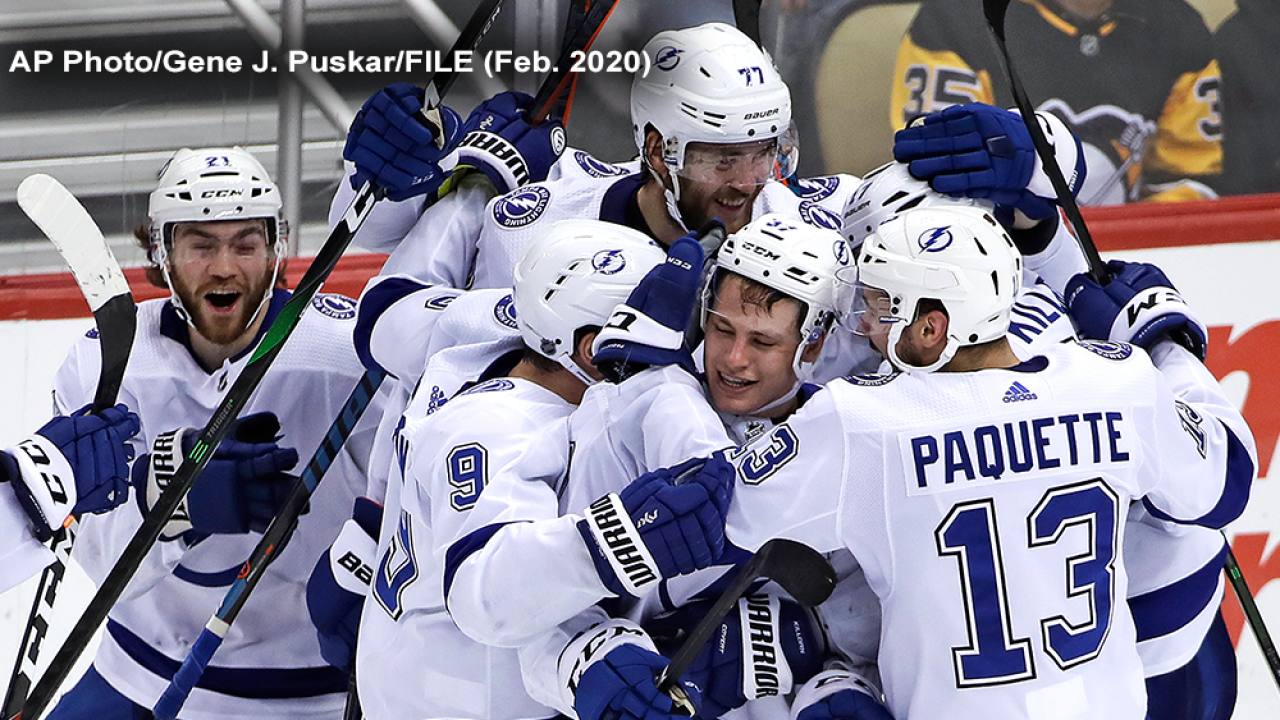 Nearly a full year after the season started, the 2020-21 NHL season finally came to a close with the Tampa Bay Lightning winning its first Stanley Cup in 16 years by defeating the Dallas Stars on Monday. The Lightning won the best-of-seven series 4-2 after winning Monday’s Game 6 contest by a 2-0 ledger.

The Lightning won the Stanley Cup despite not having the services of its top forward Steven Stamkos for most of the playoffs. Stamkos briefly played in Game 3 of the Stanley Cup Finals, and he even scored a goal in his short appearance.

The NHL suspended its season on March 12 due to the coronavirus pandemic. After a nearly four-month hiatus, the NHL resumed action with a 24-team playoff held in two “hub” cities – Edmonton and Toronto.

The entirety of the Stanley Cup Finals was played in Edmonton.

Stepping up for the absent Stamkos, Nikita Kucherov and Brayden Point helped the Lightning to victory. Kucherov had a league-leading 32 points in the playoffs, followed by 31 points for Point.

But it was defender Victor Hedman who won the the Conn Smythe Trophy for the playoff's most valuable player.

The Lightning’s goalie, Andrei Vasilevskiy, also stepped up with an under 2 goals against average.