Spartans moving on to Big Ten opener after loss 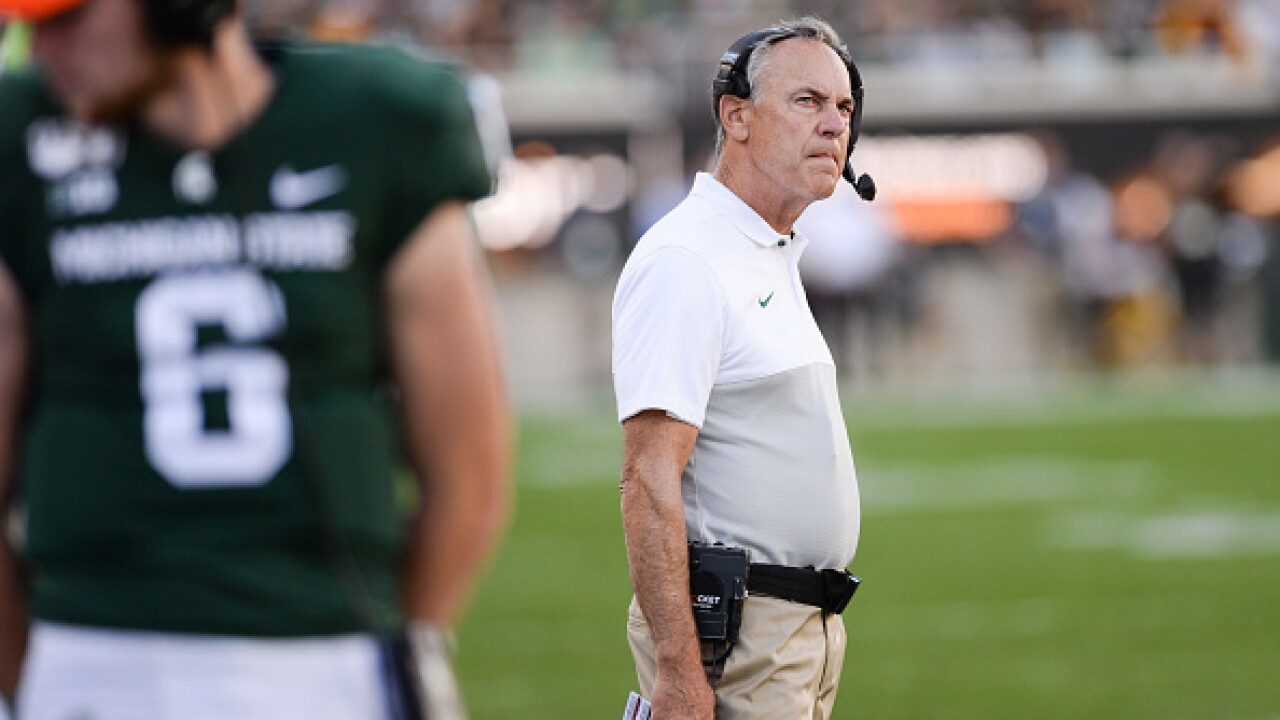 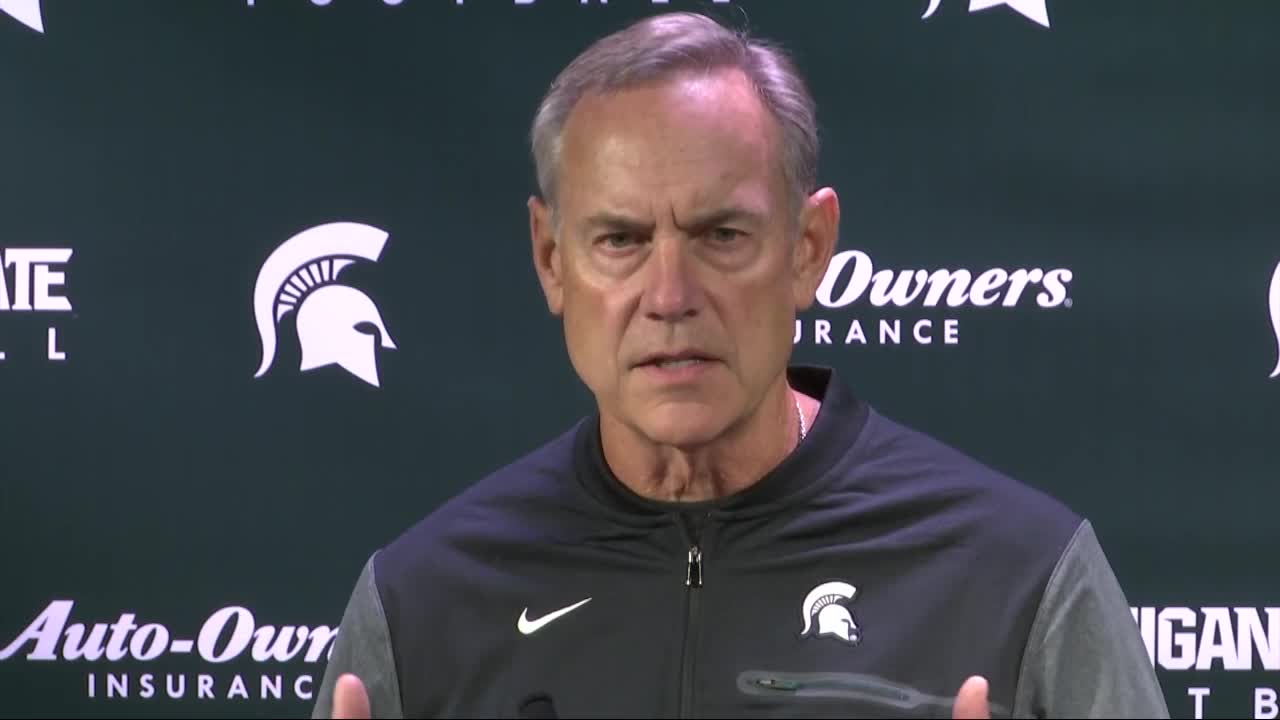 The big concern now for the Spartans is what happens next. They'll try to avoid a repeat of last year — when an early defeat against Arizona State was only the beginning of their struggles.

"If they said the game gets forfeited, you know, maybe I'd feel better. Other than that, I really don't care; it's sort of after the fact." pic.twitter.com/YbDKiTsDTT

Michigan State's 10-7 loss to Arizona State on Saturday brought back plenty of flashbacks to 2018, when the Spartans scored fewer than 10 points in four of their six losses. There was some added exasperation this time because Michigan State also missed three field goals and had a tying kick negated for having too many men on the field. It was a troubling way to lose on a day when Dantonio had a chance to become the winningest coach in school history.

The Spartans hope to avoid an extended slide, and they'll face an immediate test this weekend in their Big Ten opener at Northwestern. The Wildcats have won the last three games in the series.

"Coach D, you can feel his energy. You can feel — not the tension, but how intense everything is, I guess, with our preparation this week," linebacker Joe Bachie said. "We're going to be ready to go Saturday. This is a big game for us."

Although Michigan State scored only seven points last weekend, the Spartans did outgain the Sun Devils 404-216. The missed kicks hurt, and so did a fumble and a fourth-down stop — both of which occurred in Arizona State territory.

Dantonio tried to avoid putting too much blame on one phase of the game, challenging his defense to "be perfect" if the offense is struggling. Quarterback Brian Lewerke hopes it won't come to that in the future.

"They shouldn't have to play a perfect game every time," Lewerke said. "The offense has to play better."

At the end, Michigan State spiked the ball to stop the clock with 11 seconds left. There was some thought of trying another pass, but after some hesitation, the Spartans rushed the field goal team on, nearly allowing the play clock to run out.

"Believe me I'm trying to do everything I can, I'm out there with a stopwatch every single pass play (Monday) timing every single pass play," Dantonio said. "But there's a lot of different things that can happen on those pass plays that would lend you to say, oh, got sacked, or you know, ball's caught inbounds, you're not going to get another play off."

Matt Coghlin made the kick, but a replay showed Michigan State with too many men on the field. So Coghlin had to try again and missed from 47 yards.

The Pac-12 released a statement saying Arizona State should have been flagged for leaping on the missed kick, which would have given the Spartans another opportunity.

"If they said the game gets forfeited, maybe I'd feel better. Other than that, I really don't care," Dantonio said. "It's sort of after the fact."

NOTES: Dantonio said OL Kevin Jarvis (leg) will likely be out 6-7 weeks. OL Cole Chewins (back) and OL AJ Arcuri are day-to-day. ... Dantonio is tied with Duffy Daugherty for the school's career lead with 109 victories. His next victory would put him in sole possession of first place.