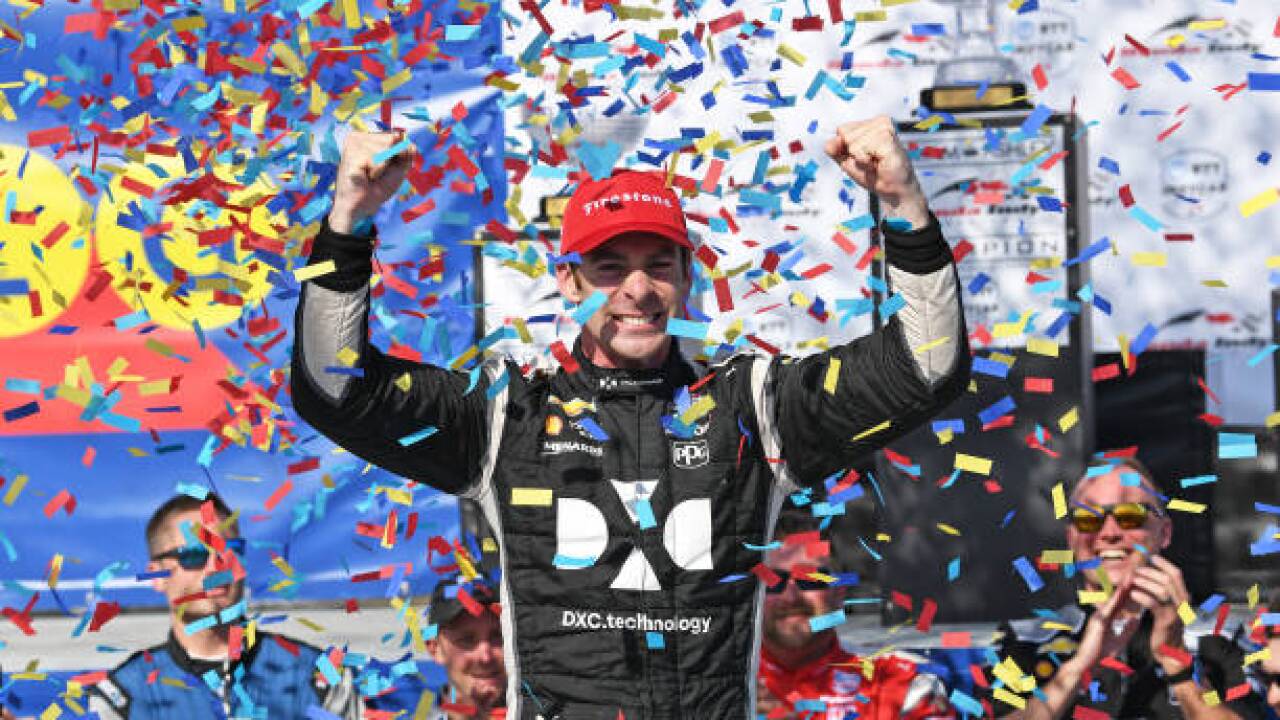 The win on the streets around Exhibition Place is the third of the season for Pagenaud, but first away from Indianapolis Motor Speedway. The Frenchman won the Indy 500 and the road course race at the speedway to save his job with Team Penske.

Pagenaud had to save fuel in the waning laps to hold off reigning series champion Scott Dixon. But Penske teammate Will Power caused a caution on the final lap and Pagenaud was able to coast to the finish in his Chevrolet.

"I was confident all weekend, I never had a doubt," said Pagenaud, who started from the pole and paced nearly every practice session.

Robert Wickens drove the parade lap in a car equipped with hand controls that allowed the Canadian to drive for the first time since he suffered a spinal cord injury in a crash last August.