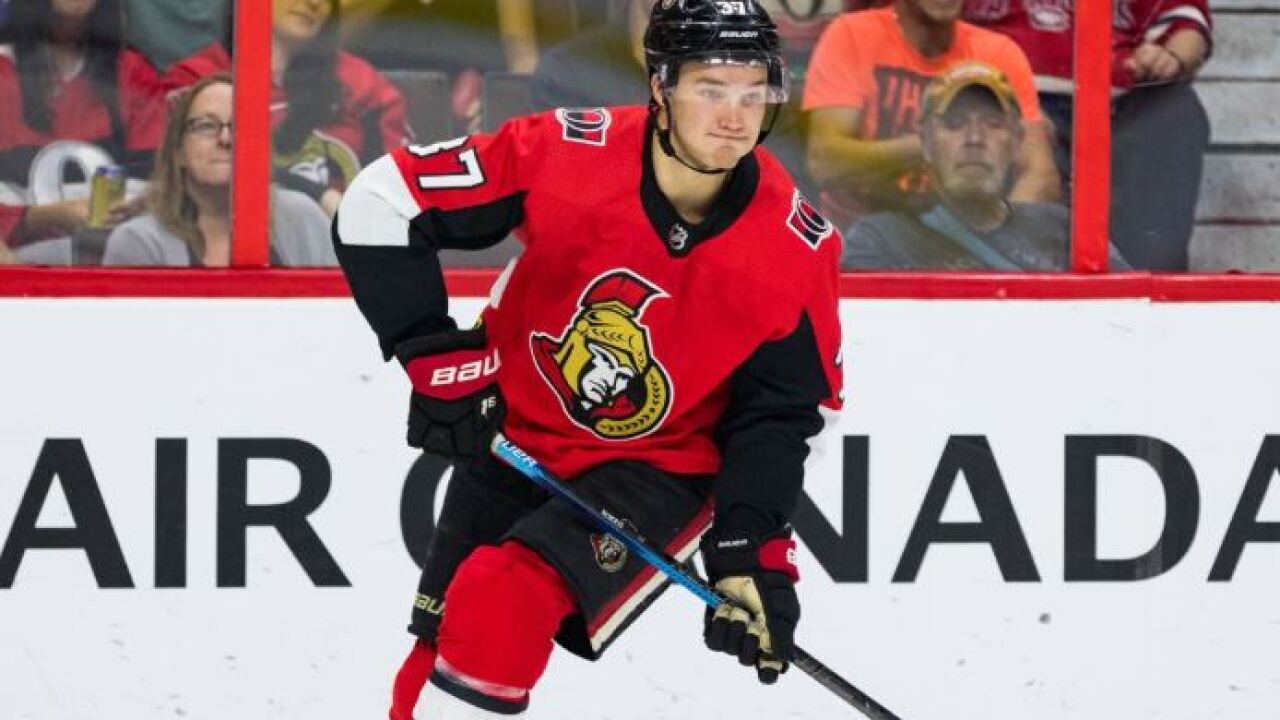 Josh Norris is one step closer to making his NHL debut.

The Ottawa Senators called up the Oxford native, who played in Plymouth's USA National Team Development Program before suiting up at Michigan.

Norris has been on fire this season with the AHL's Belleville Senators. He has 28 goals and 30 assists in 51 games, good for third in the league in scoring.

.@UMichHockey forward @JoshNorris10 had a big family lineage at Michigan State. He picked to play in Ann Arbor instead.

"Yost is one of the best places to play college hockey," the Senators prospect told me. pic.twitter.com/w3Tb6yAZee

He was the 19th overall pick in the 2017 NHL Draft. San Jose drafted him, then dealt him to Ottawa in the Erik Karlsson trade.