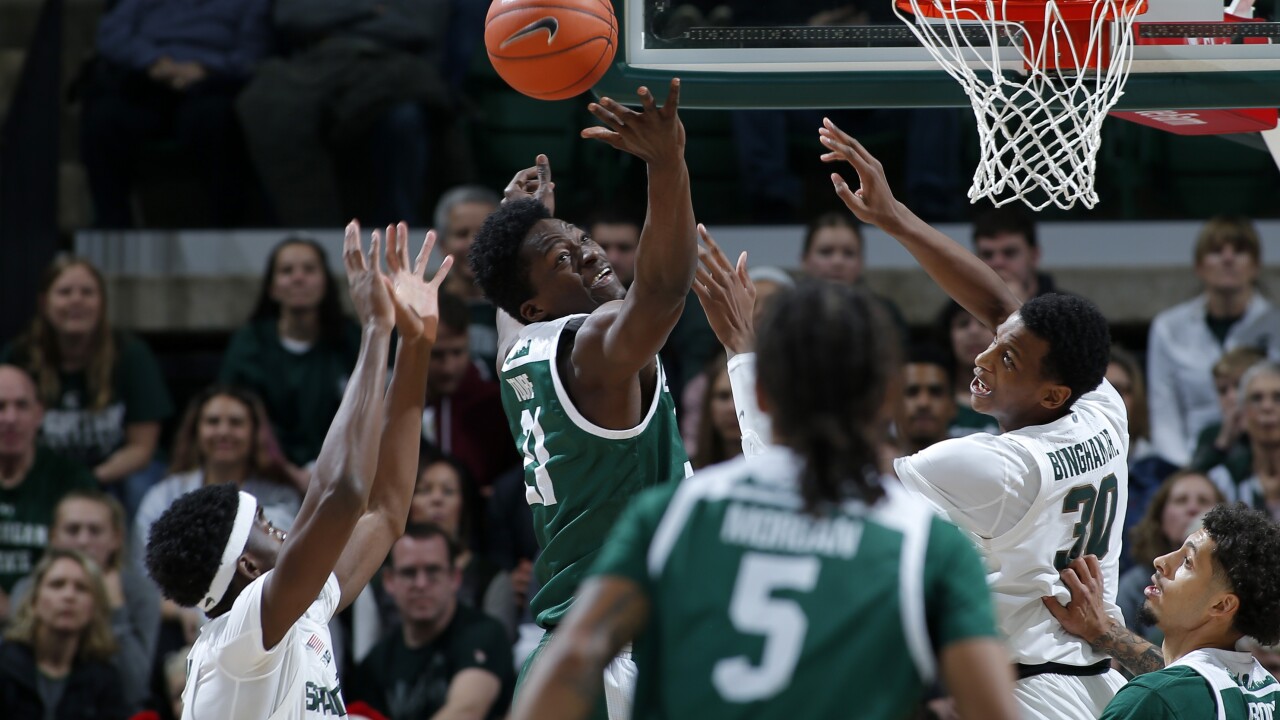 DETROIT (AP) -- Algevon Eichelberger scored 17 points and Deante Johnson scored 15 and Cleveland State beat Detroit Mercy 67-66 in overtime. Torrey Patton's 3-pointer broke a tie at 63 with 34 seconds left in the extra session and the Vikings held on. Dwayne Rose Jr. hit a 3-pointer with 95 seconds at the end of regulation to put Detroit Merchy up 59-58. Eichelberger made 1 of 2 fouls shots to tie it with 1:17 left and neither team scored again to force overtime. Marquis Moore led Detroit Mercy with 20 points and Antoine Davis added 17.