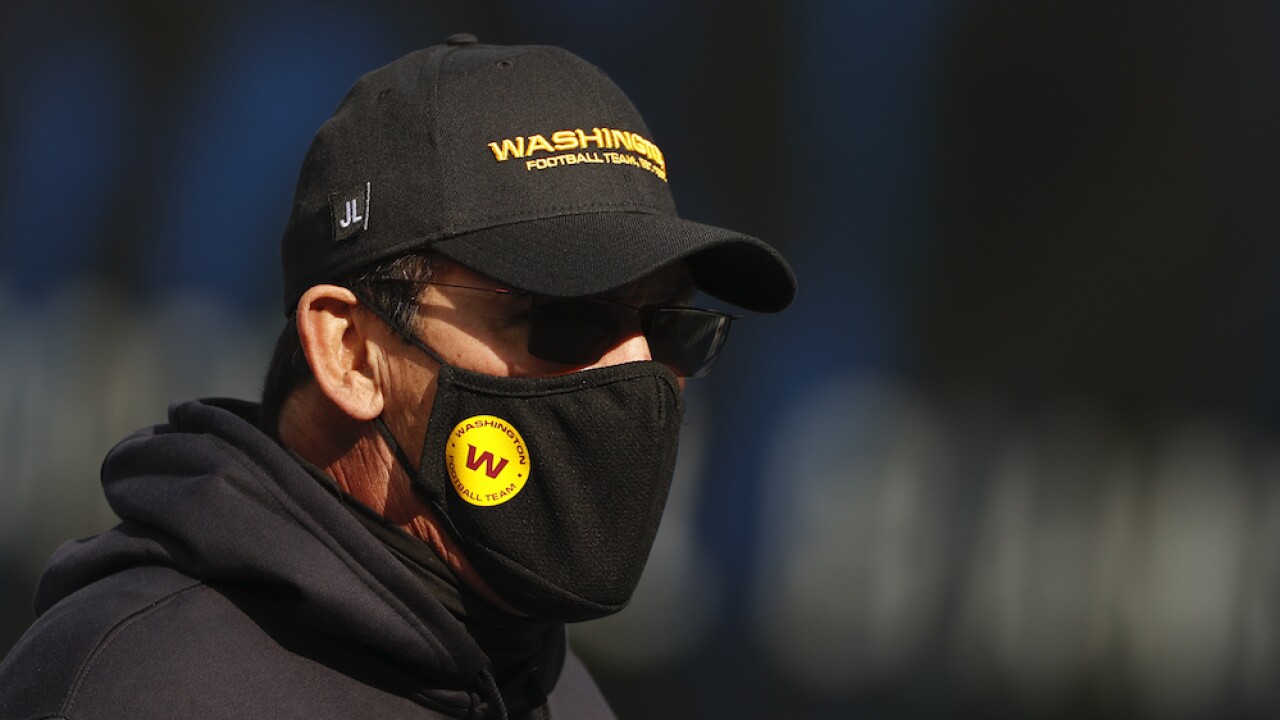 Players, coaches and fans of the Washington Football Team were already celebrating a day after a 25-3 drubbing of their archrival Dallas Cowboys. But Monday brought even more reasons to smile.

Rivera, who's in the midst of his first year as Washington's coach, was cheered on by doctors and patients as he rang a bell to signify the completion of his treatment.

Rivera was diagnosed squamous cell carcinoma — the second-most common form of skin cancer — in August. He's continued through his treatment despite the grueling schedule that comes with an NFL coach. Earlier this month, Rivera missed a practice and was forced to leave another early following chemotherapy treatments.

Prior to Washington's week four game against the Ravens earlier this month, the team surprised Rivera by placing 400 cardboard cutouts of his friends and family in a corner section of FedEx Field that the team dubbed "Coach's Corner."

While Washington is currently under .500 with a record of 2-5, they remain just a half-game out of first place in the lowly NFC East. Rivera's first year as head coach and cancer diagnosis has also coincided with the COVID-19 pandemic, a racial reckoning and team name change and several front office changes amid a workplace harassment scandal that took place prior to his arrival.