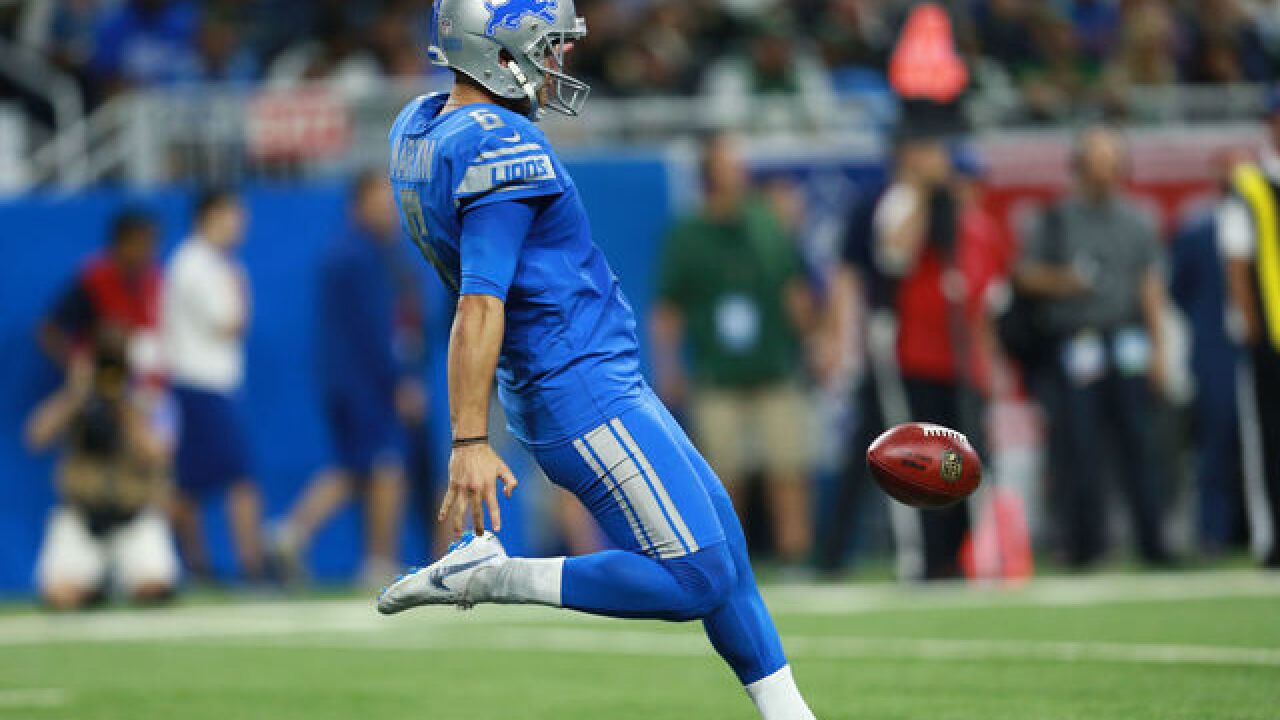 Rey Del Rio
DETROIT, MI - SEPTEMBER 10: Sam Martin #6 of the Detroit Lions punts in the first half against the New York Jets at Ford Field on September 10, 2018 in Detroit, Michigan. (Photo by Rey Del Rio/Getty Images)

Sam Martin has a new home.

The former Lions punter has agreed to a three-year, $7.05 million contract with the Broncos, Mike Garafolo of NFL Network reports.

Martin spent the last seven seasons with Detroit. He was a fifth round draft pick from Appalachian State in 2013.

The Lions have punters Jack Fox and Matt Wile under contract.