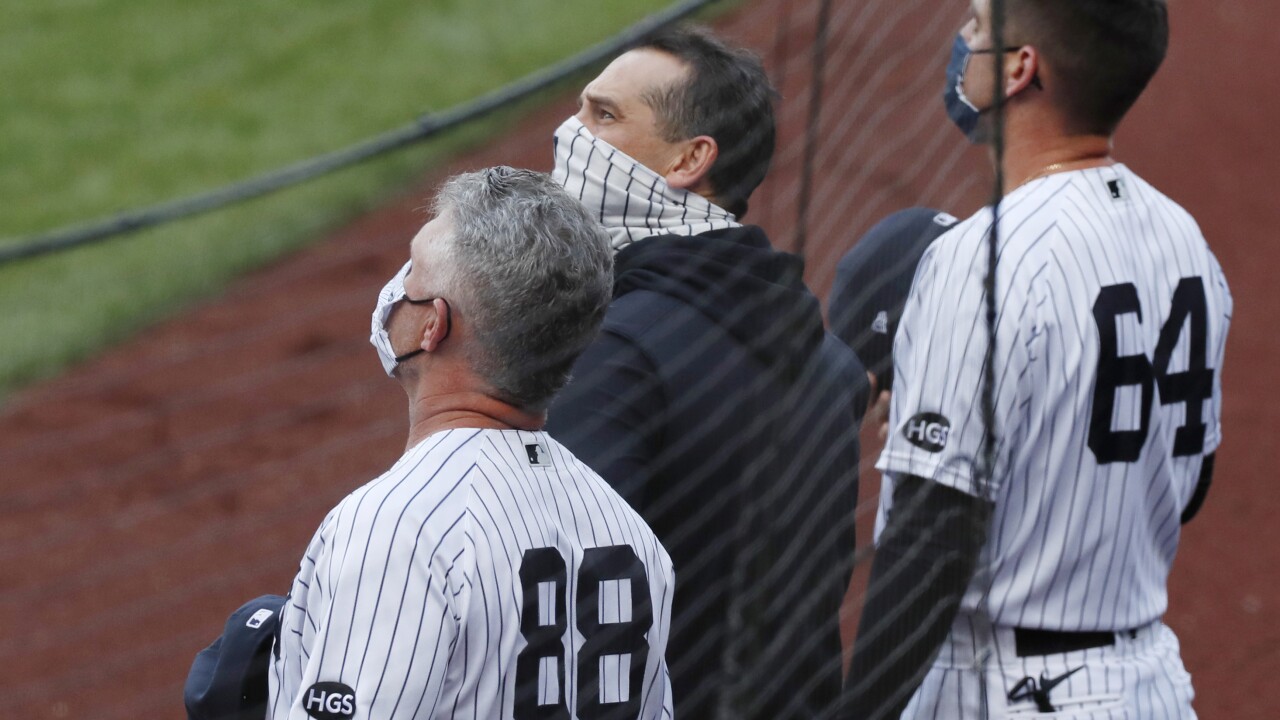 Copyright 2020 The Associated Press. All rights reserved.
Kathy Willens/AP
New York Yankees manager Aaron Boone, center, casts a worried look up at the sky and possibly the wind direction, indicated by stadium flags,during the singing of the National Anthem before the start of a baseball game against the Tampa Bay Rays, Tuesday, Aug. 18, 2020, in New York. Third base coach Phil Nevin (88) and bench coach Carlos Mendoza (64) stand beside him (AP Photo/Kathy Willens)

(WXYZ) -- The Detroit Tigers have interviewed Phil Nevin and Carlos Mendoza for their managerial opening, according to a report from MLB.com beat writer Jason Beck.

Both Nevin and Mendoza are currently part of the New York Yankees coaching staff, with Nevin serving as third base coach and Mendoza as bench coach.

As a player, Nevin was traded to the Tigers from Houston during the 1995 season. He remained with Detroit through the 1997 season before being traded to the Angels. Nevin returned to the Tigers organization to manage double-A Erie for the 2010 season, then spent the following three seasons as manager for triple-A Toledo.