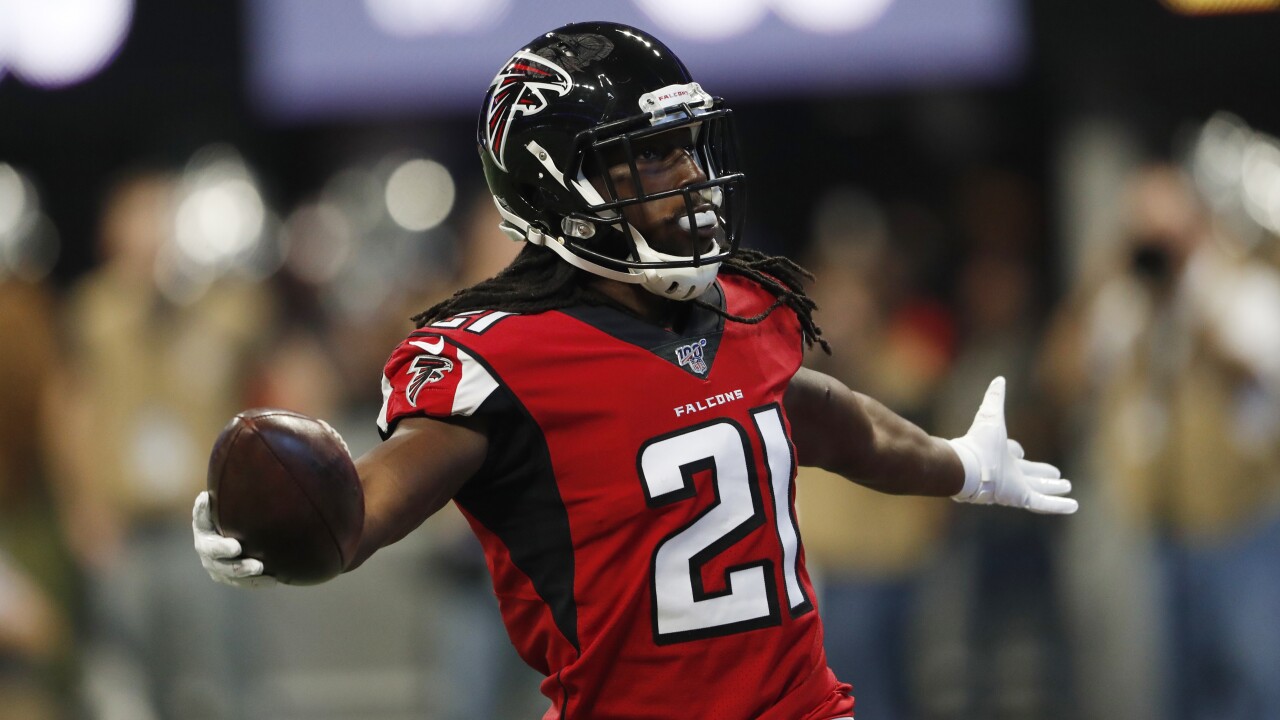 Atlanta Falcons cornerback Desmond Trufant (21) celebrates an interception against the Tampa Bay Buccaneers during the first half of an NFL football game, Sunday, Nov. 24, 2019, in Atlanta. (AP Photo/John Bazemore)

The Lions made a splash at cornerback as free agency opened, agreeing to a deal with Desmond Trufant.

CB Desmond Trufant is signing with the #Lions , per source. The deal is for 2 years, $21M, $14M guaranteed.

Trufant, 29, was the Falcons first round pick in 2013. He has spent all seven seasons of his career with Atlanta.

The Falcons released him this month after he recorded a career-high four interceptions in nine games last year.