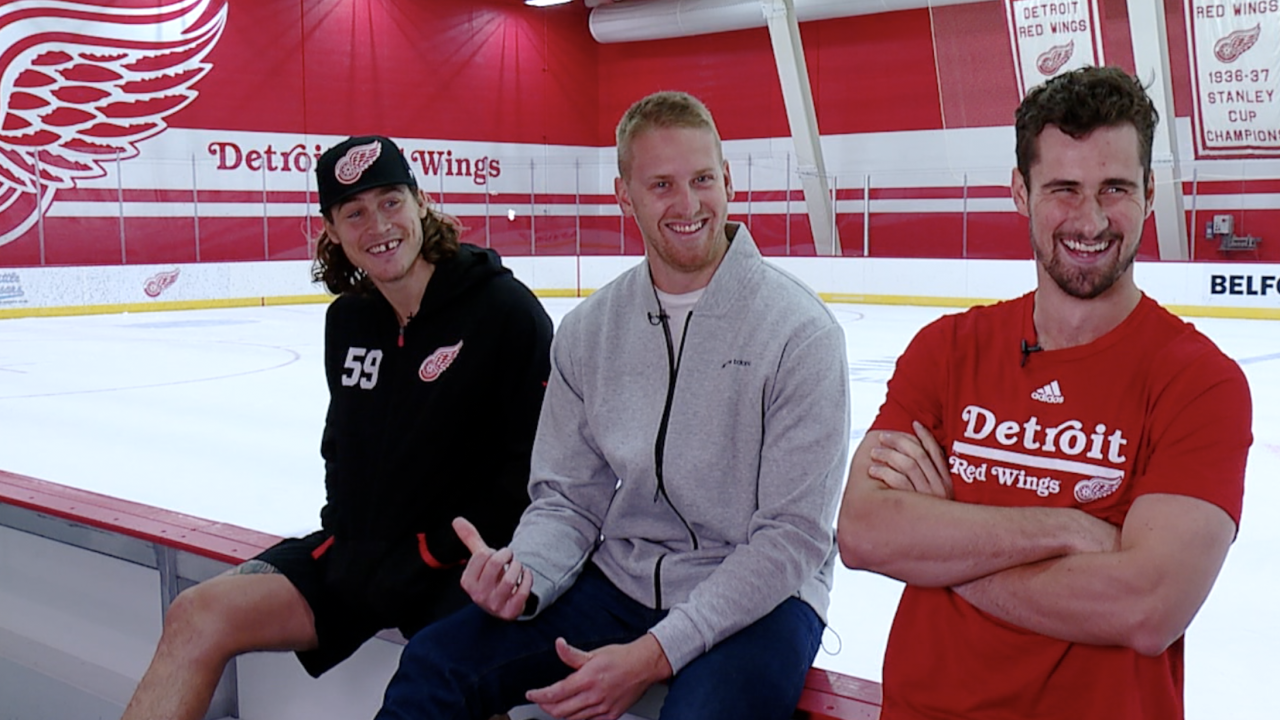 Dylan Larkin said the way last season ended, it turned out to be the most fun he's had since the Red Wings made the playoffs his rookie year.

He's back with Anthony Mantha and Tyler Bertuzzi on Detroit's top line.

They want to prove the hockey world wrong.

The Red Wings top line talked with us about proving people wrong, the hunger to win, and new boss Steve Yzerman.

"People are already counting us out. For us, the exciting part is how we finished last season," Larkin told WXYZ. "The biggest part of that finish was ourselves and the young guys, and the guys who are still in our locker room today."

The Red Wings have pride in the way they competed down the stretch, pointing out they played tough against teams competing for playoff spots.

"I remember talking to a couple Philly guys and we had that back-to-back (in February). They thought it was gonna be two easy wins for them," Mantha recalled. "In their home barn that first night, it made them kind of realize we weren't done, and we wanted to play."

The trio watched closely how they spent the offseason. Larkin gave Bertuzzi credit for being "the ultimate team guy" at the World Championships, never complaining about a lack of playing time, but finishing with a medal. Mantha said they all got together for a dinner in Slovakia, and they stayed at the same hotel. He had a phenomenal tournament, and Larkin saw firsthand how dangerous of a scorer he was throughout the tournament.

Jeff Blashill could have split them up this season, but quickly elected to keep the group together.

"We're here for this season and trying to prove people wrong and we have to have a good start," Bertuzzi said.

Larkin emphasized the same thought. The Red Wings have crawled out of the gate too often in the last few years. In a league filled with parity, a bunch of losses early can quickly hinder a season.

The young leaders in the room echo the overall state of the NHL, but as soon as this group of Red Wings grabbed the baton, one of the franchise's biggest legends moved back to become their boss.

"Everything's changed, whether it's staff, systems, or small things that no one would be able to see," Bertuzzi said.

Steve Yzerman is Detroit's general manager now, and there was an instant change in the vibe at training camp.

"Right off the start of camp, everyone had a extra itch maybe to grab a new spot on the team or to try to move a veteran for rookies. I think everyone came up to camp and was ready and really gave the extra push," Mantha said.

"Steve is very focused on making this team the best that it can be and the team we all want it to be, which is back in the playoffs and fighting for Stanley Cups. Right now we're focused on what we have to do this season and Steve is on board with that," Larkin added.

"He wants us to have an atmosphere where all we have to do is show up, work hard, and pay attention to details, and play hockey the best we can."