Red Wings Perlini cleared to travel after cut across face 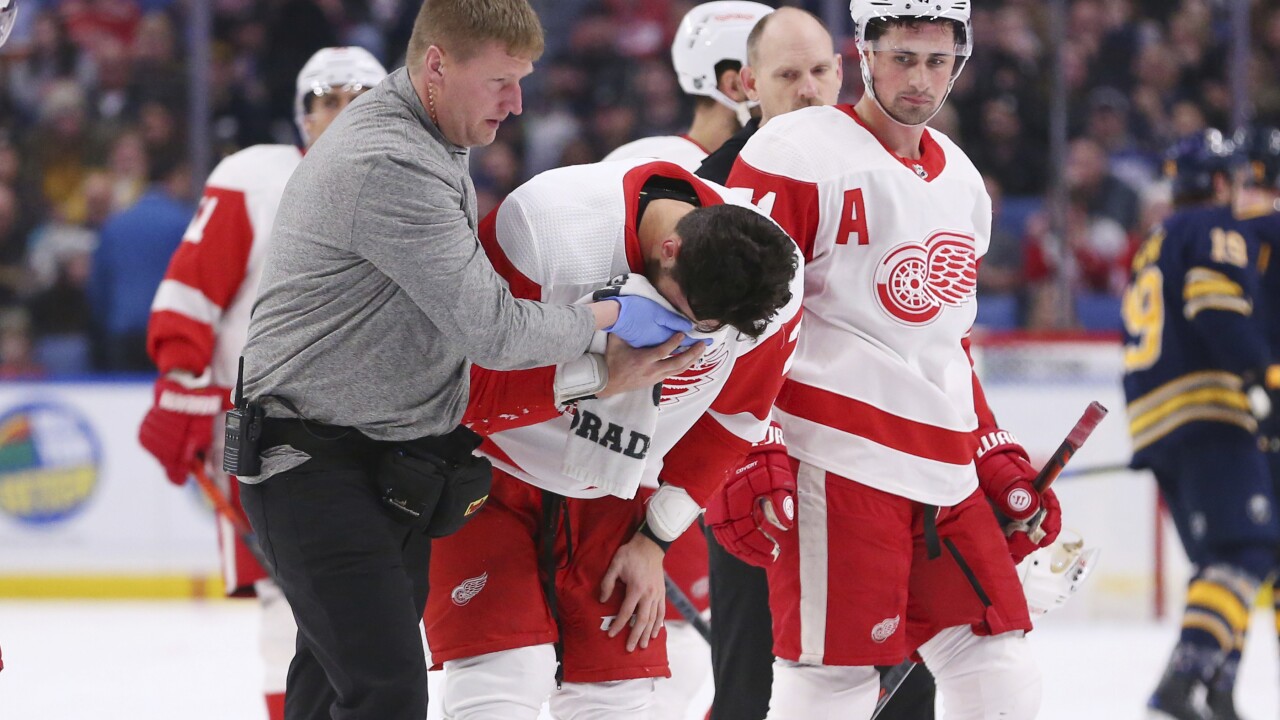 Detroit Red Wings forward Brendan Perlini has been cleared to travel with the team after requiring stitches to close a deep gash that coach Jeff Blashill says just missed the players’ right eye.

“Brendan’s doing good. He’s up,” Blashill said following a 3-2 loss at Buffalo during which Perlini was cut after being struck in the face by the skate of Sabres defenseman Henri Jokiharju. He said the skate cut Perlini across his right cheek and nose.

“Super scary,” Blashill said. “I think he was thankful. I was thankful. We were all scared when it first happened and first saw that it had gone near his eye.”

The collision occurred with 3:51 remaining in the opening period along the boards in the neutral zone. Jokiharju collided with Perlini, who was playing the puck. As the two fell, Jokiharju’s skate flew back and first knocked off Perlin’s helmet before appearing to hit him across the right cheek.

Perlini lay face down for several moments before being tended to by team trainers. He was then helped up and held a towel to his face in making his way off the ice and heading directly into the locker room.

Though it’s unclear whether Perlini can play in Detroit’s game at New Jersey on Thursday, Blashill said the player will travel with the team upon consulting with Red Wings head athletic therapist Piet Van Zant.

The 23-year-old is in his fourth NHL season and first with Detroit after being acquired in a trade with Chicago in October. He scored his first goal of the season in a 3-1 win over Boston on Sunday and has added two assists in 32 games.

Forward Dylan Larkin said he and his teammates were initially worried about the severity of the injury before Van Zant provided an update Perlini would be all right shortly after the player was taken to the locker room.

“It’s a scary sight any time a guy gets a skate like that up high. It seemed like slow motion, too, the way he came across and got him,” Red Wings forward Dylan Larkin said. “We’re happy he’s all right.”