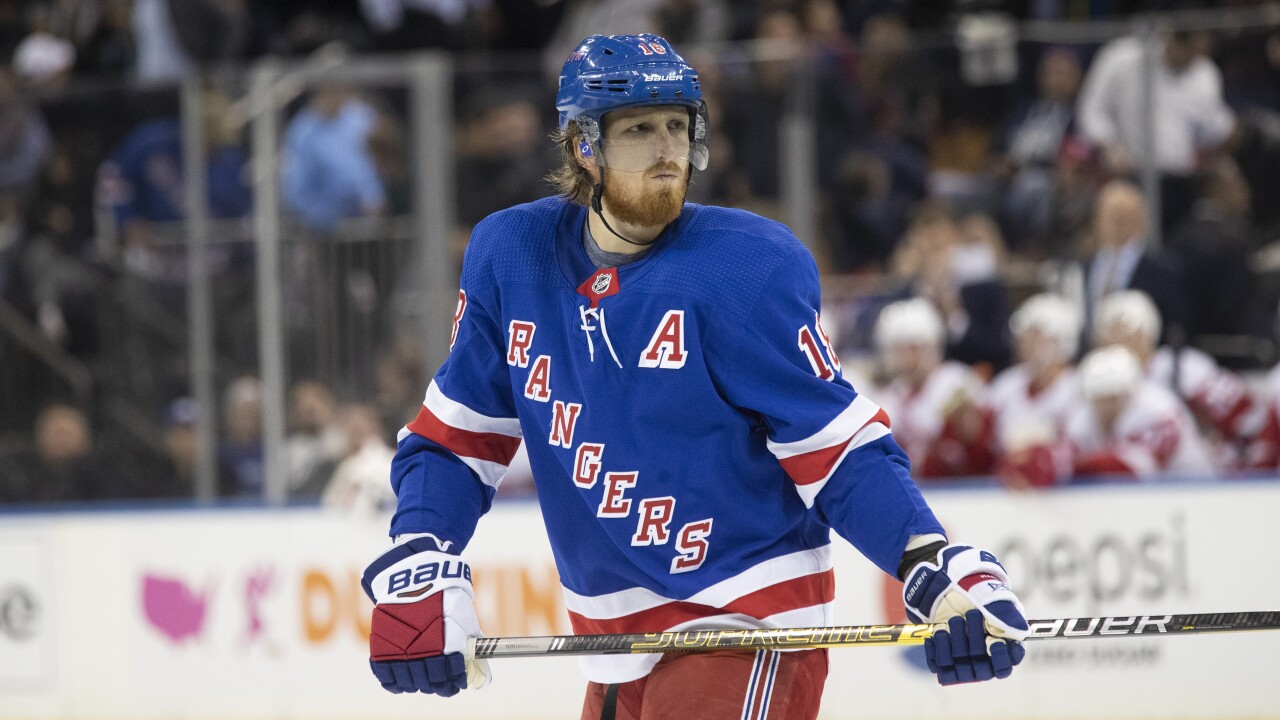 The move is the latest effort from Detroit general manager Steve Yzerman to acquire draft picks. The Red Wings are taking on Staal's contract, which has one season at $5.7 million left on it. The Rangers were looking to grow some cap space, and sent the Wings a pick to do it.

The 33-year-old Staal had two goals and nine assists in 52 games this past season. He’s played his whole 13-season NHL career so far with the Rangers. Staal ranks sixth on the Rangers’ career list in games played with 892.

Earlier Saturday, the Red Wings announced that they had signed forward Sam Gagner to a one-year contract extension. The Red Wings acquired Gagner on Feb. 24 in a trade with Edmonton. He played six games for Detroit.

Copyright 2020 Scripps Media, Inc. The Associated Press contributed to this report. All rights reserved. This material may not be published, broadcast, rewritten, or redistributed.