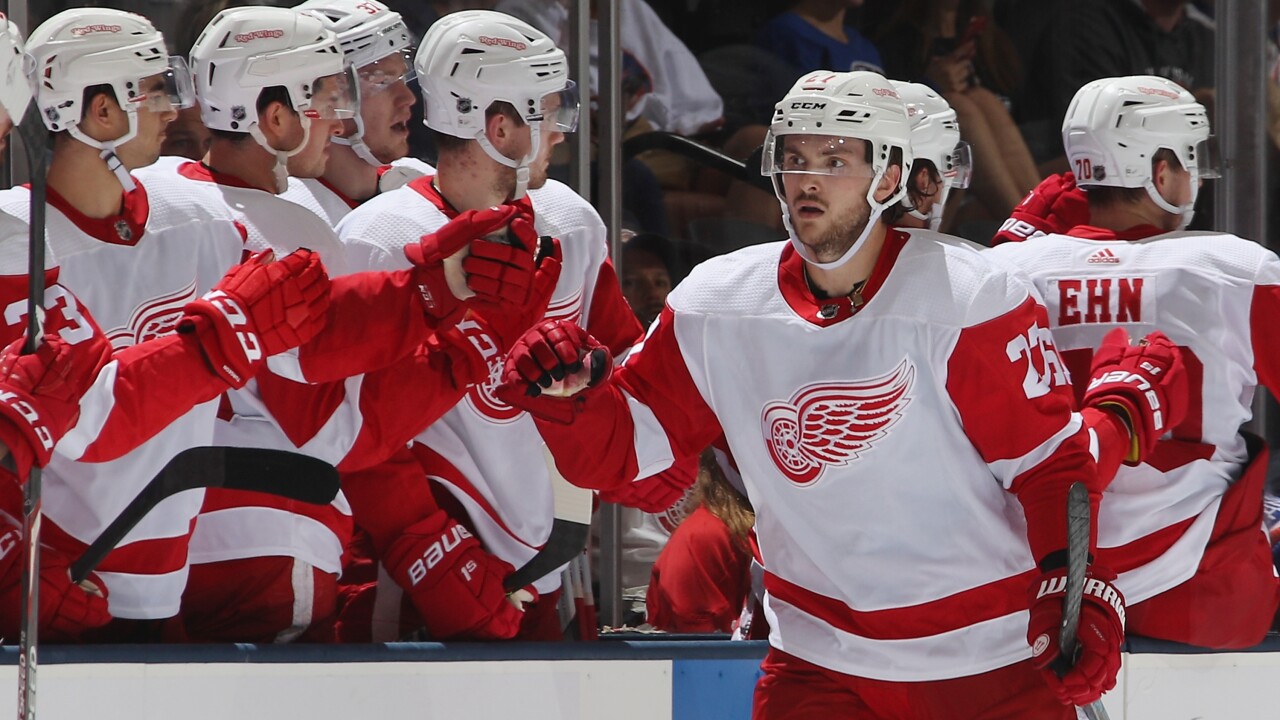 Anders Lee scored his first goal of the preseason at 4:31 of overtime to lift the New York Islanders to a 3-2 win over the Detroit Red Wings in Uniondale, New York, on Monday night.

Lee also had an assist and Jordan Eberle had two goals. Mathew Barzal and Nick Leddy each had two assists, and Semyon Varlamov stopped 21 shots.

Michael Rasmussen and Evgeny Svechnikov scored for Detroit, and Jimmy Howard had 40 saves.

Earlier in the day, Islanders held a groundbreaking ceremony for their new arena at Belmont Park, which is expected to open for the 2021-22 season. During the ceremony, NHL commissioner Gary Bettman announced seven games were being moved from Brooklyn's Barclays Center to the Nassau Coliseum, bringing the split to 28 games at the Coliseum and 13 in Brooklyn.