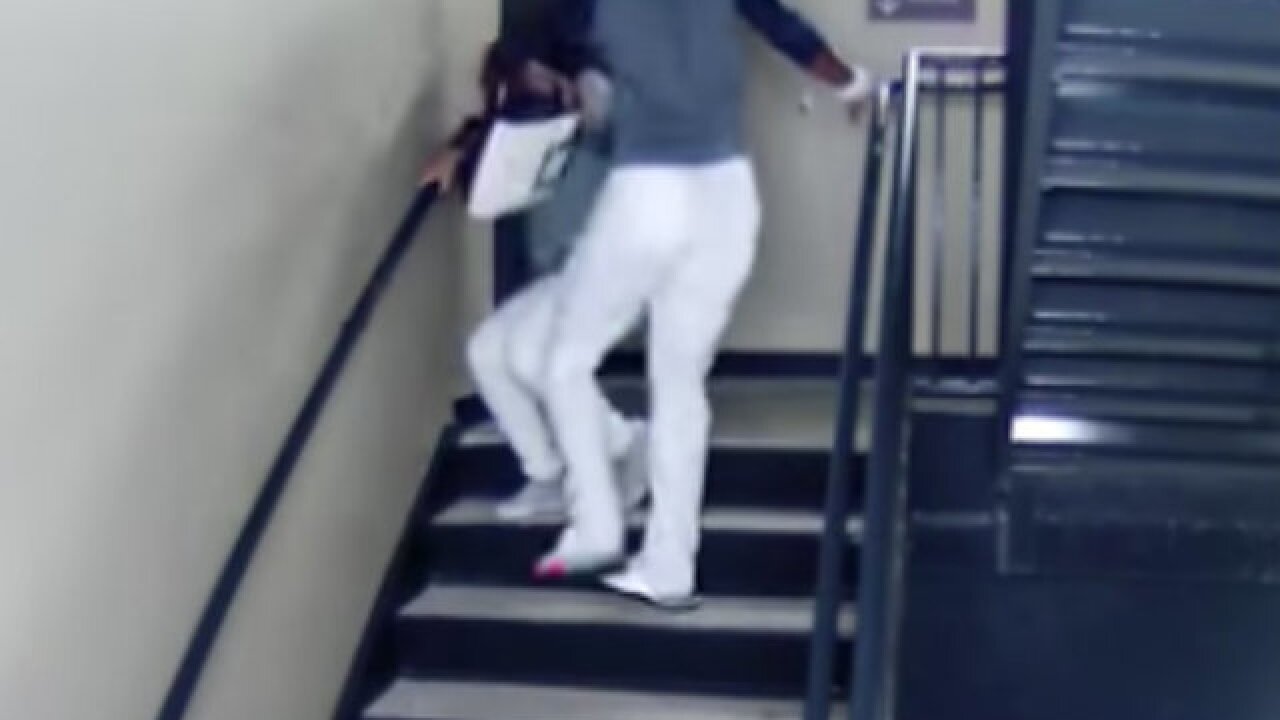 A minor league baseball player was cut from his team after video of a domestic violence incident he was involved in was released.

The Lancaster Barnstormers, a team in the independent Atlantic League of Professional Baseball, said they cut 24-year-old Danry Vasquez earlier this week after police in Corpus Christi, Texas, released a 2016 surveillance video showing the outfielder assaulting a woman reported to be his girlfriend in a stairwell of a stadium. He was arrested for the attack.

The Lancaster Barnstormers have released outfielder Danry Vasquez, it has been announced by manager Ross Peeples.

A recently released video out of Corpus Christi, Texas portrays a domestic violence episode involving Vasquez. Upon being made aware of the nature of the incident, the Barnstormers made a prompt decision to cut ties with the 24-year old outfielder.

“There is no choice but to sever the relationship,” said Peeples. “Neither I, nor the Barnstormers’ organization as a whole, can condone or associate with that behavior.”

KIIITV in South Texas reported Vasquez was a member of the Corpus Christi Hooks minor league team -- an affiliate of the Houston Astros -- at the time of the incident. According to KIIITV, Vasquez was suspended by Major League Baseball, and he eventually reached a plea deal in the case.

The following footage, obtained by KRIS TV in Corpus Christi via an open records request, could be disturbing to some viewers:

TMZ reported Vasquez and his girlfriend got engaged after his arrest.