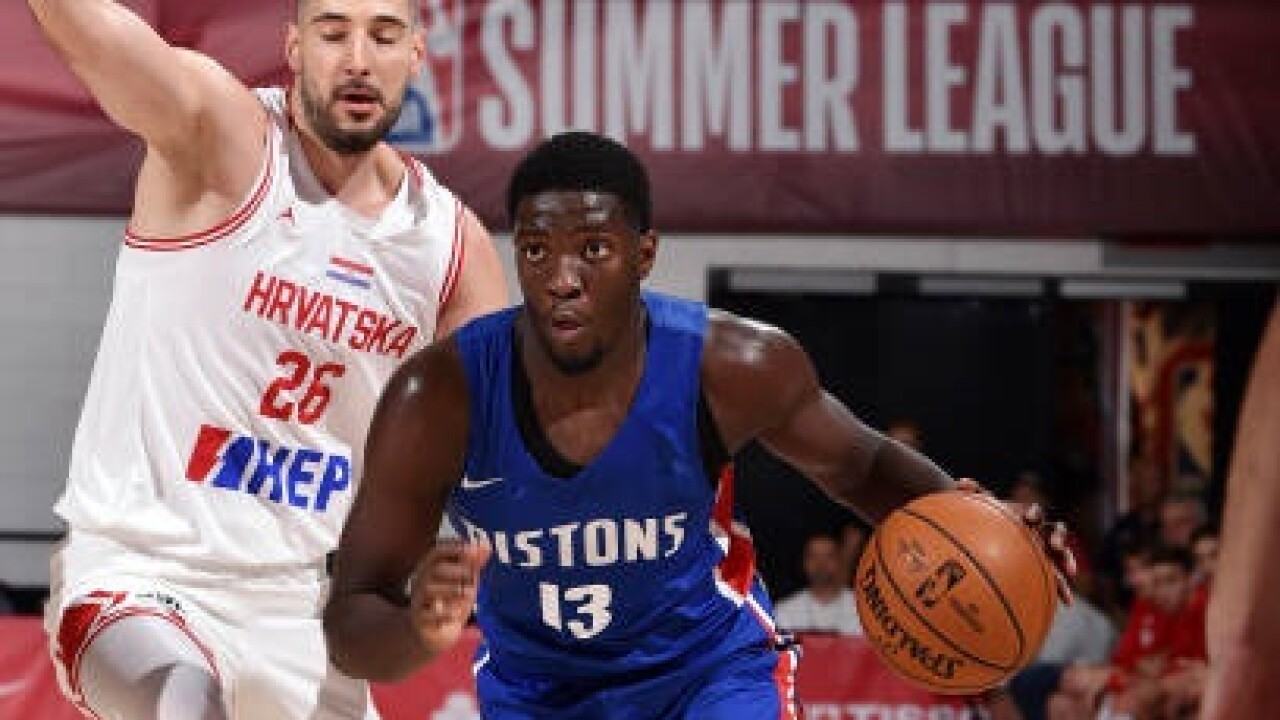 LAS VEGAS (AP) -- The Chinese and Croatian national teams both lost in their NBA Summer League debuts on Friday.

Both teams are competing with NBA teams in Las Vegas, marking the first time the league will feature two international teams. China previously played in the summer league in 2007.

The Miami Heat had no troubles with China, jumping out to a 34-point halftime lead and cruising to a 103-62 victory behind 23 points from Tyler Herro and 20 points from Nick Mayo. Miami held China to 26.7 percent shooting in the first half, and outrebounded the Chinese 25-15 before intermission.

There were estimates that at least 30 million people in China -- even though the game started at 4:30 a.m. Saturday in Beijing -- would be watching their national team.

"I know China loves the game and they take a lot of pride in their national team," said Heat guard Duncan Robinson, who had 14 points. "So it was an incredible opportunity for us to be able to compete against them."

The Heat had some idea of what the Chinese team would be doing.

Heat summer coach Eric Glass had been in touch with members of the team's scouts familiar with Asian basketball, and were able to put together some semblance of a scouting report.

"We talk a lot about the purpose you have when you play the game," Glass said. "These guys not only have individual purpose but they're wearing their country across their chest. So it was a great challenge for us to go against people who have a double purpose."

Detroit (1-0) got seven 3-pointers and 26 points from Khyri Thomas and pulled away from Croatia in the fourth quarter for a 96-80 win. Svi Mykhailiuk from Ukraine added 17 points and five assists, and Todd Withers had 16 points on 6-of-9 shooting for the Pistons.