Pass rush struggles continue for Lions, who can't stop the run either 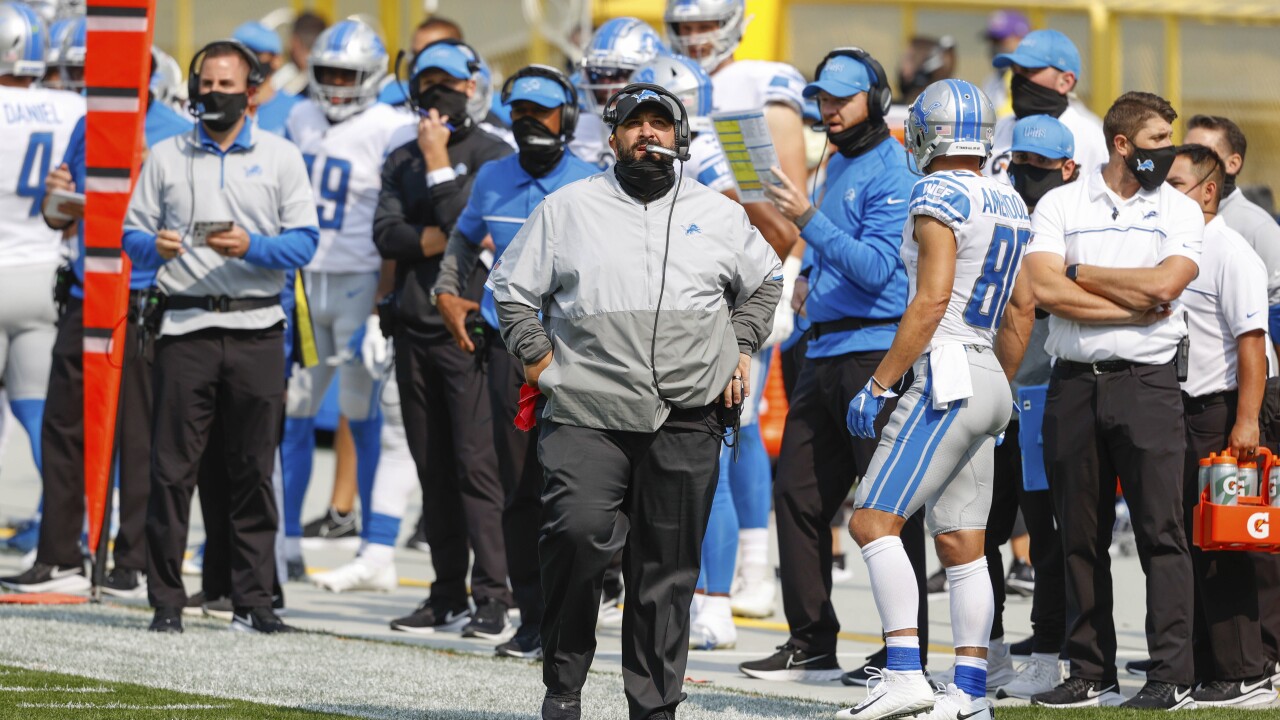 If the Lions defense doesn’t get healthy or improve soon, this season could be over before Thanksgiving. The Lions lost 42-21 to Green Bay at Lambeau Field. Missing four defensive starters, the Lions allowed the Packers to rush for 259 yards.

Packers running back Aaron Jones rushed for a career-high 168 yards and two touchdowns. Jones also caught an Aaron Rodgers pass for another score. But the play that Jones hurt the Lions most happened on the first play of the second half. Jones ran through a crease in the Lions defensive line. He then made a hard right turn and ran 75 yards for a touchdown. The score gave Green Bay a 24-14 lead after the PAT.

“Plays like that can happen when you have a dynamic back,” said Lions coach Matt Patricia. “We had a bad space in there. Bad fundamentals.”

The Lions defense has given up 418 yards in rushing in two games this season. Another problem for the Lions was pressuring Rodgers. The defense registered just one sack and it didn’t come until the second half. Jamie Collins sacked Rodgers for a 13-yard loss that did push the Packers out of field goal range.

The absence of defensive tackle Nick Williams, who did not play because of a shoulder injury, seemed to weaken the Lions rush defense. After the game, Patricia remained hopeful the defense would improve as the season progressed.

“Obviously we got a lot of work to do,” he said. “Got all the confidence in the world (in these guys).”