OPINION: Judging Tucker and the Spartans should come, in time 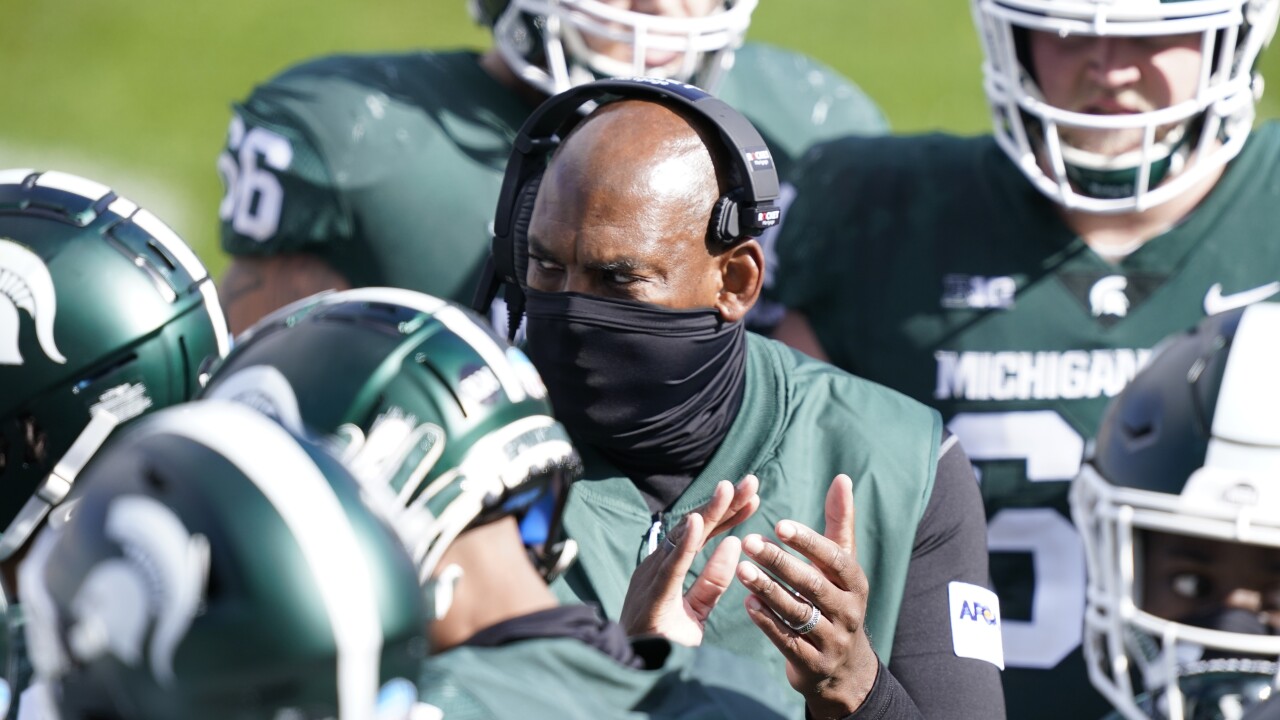 Coaches have a way of saying things, without saying anything at all.

There isn't much to say about Michigan State after the face-plant of a season opener against Rutgers, where the Spartans turned the ball over seven times throughout the game.

But in this world of twitter fingers and quick judgments, let's take a step back before anyone anoints this regime the wrong choice for future Spartan success.

"The ball, the ball the ball," Mel Tucker preached in his weekly press conference leading up to the season opener.

It's not that that message was unheard, but the execution of it seemed to be optional.

After the game, the Spartans lamented the inability to hold onto possession of the only thing in football that matters most.

That is a fundamental detail that need to be executed for a team to have success in any level of football.

“You turn over the ball seven times, you’re not going to win a game,” quarterback Rocky Lombardi said.

“It’s pretty unfortunate that that happened but we’ve just got to go work on that this week and stay locked in.”

Tucker was dealt the cards he's playing with, and that's not just a roster that littered with inexperienced players.

There's so many built in excuses that you can point to as to why the Spartans didn't have what was necessary to be competitive in their first game under a new head coach in 13 seasons, but they cannot be ignored either.

Tucker's task of getting this roster to his liking will take time, perhaps two full recruiting cycles, to see the progress there.

He's a mountain on energy, while being steady as a surgeon.

Some fans will roll their eyes and fawn at his consistent clapping on the sidelines, a la Brady Hoke, but in the voices of the players and the head coach himself afterward, there wasn't any fear.

“I know our fans expect more out of our football team than we showed today, and we expect more from ourselves,” Tucker said.

What should fans expect from Michigan State the rest of the season?

One would hope the cleaner game, for starters.

Seven penalties, seven turnovers, that's too many self-inflicted wounds for any team to overcome.

The road certainly doesn't get any easier for Michigan State, as back to back trips to Michigan and Iowa are looming large, but if you felt that the Spartans were going to be a team with more answers than questions coming into the season, your faith may have been misplaced.

This will take time, but Tucker's proposed vision of toughness, relentlessness and grit will have plenty of time to shine through the mud that is likely to be the 2020 season for MSU.

Tucker continues to say that his teams will be 'process driven,' let's see what the process is before we say it doesn't work.