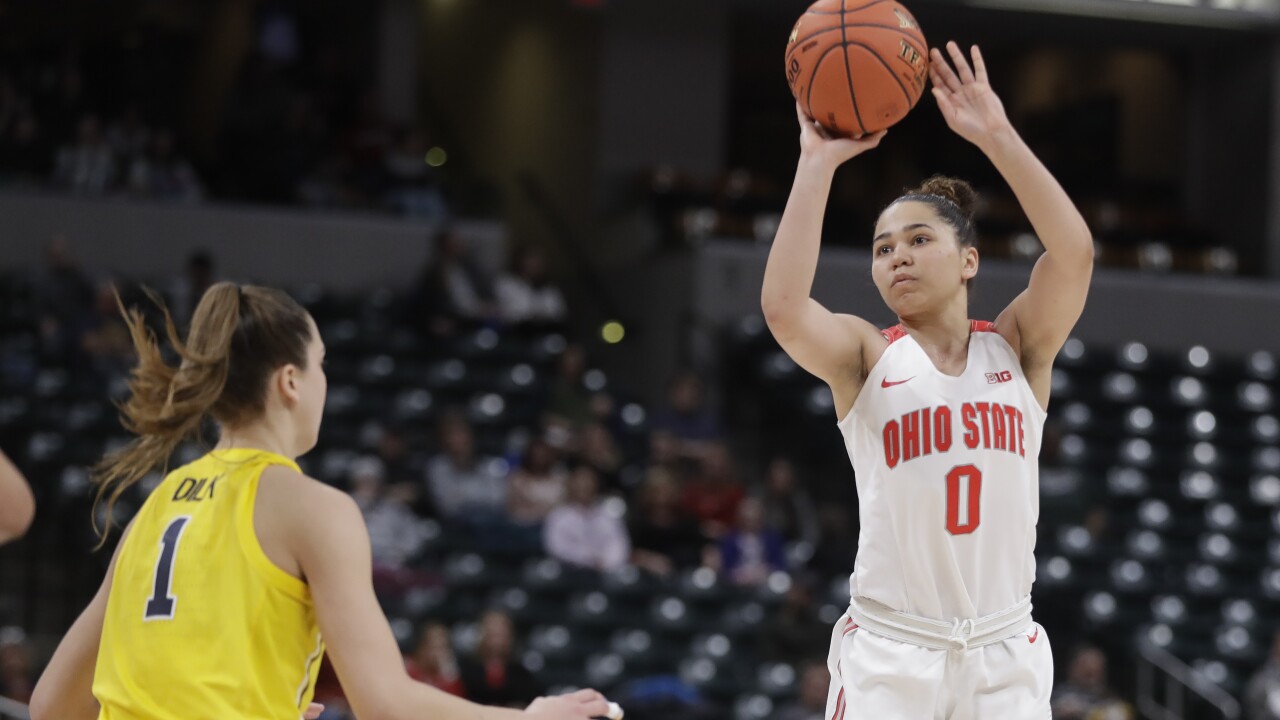 Aaliyah Patty and Jacy Sheldon, who had a steal and layup in with 5.8 seconds to go, both scored 11 points. Juhasz and Brextin Miller had 10 each with Juhasz grabbing 11 rebounds.

Naz Hillmon scored 22 points and grabbed 16 rebounds for the Wolverines.

The Buckeyes are the lowest seeded team to make the title game since 2012. They'll face sixth-ranked and top-seeded Maryland Sunday night.