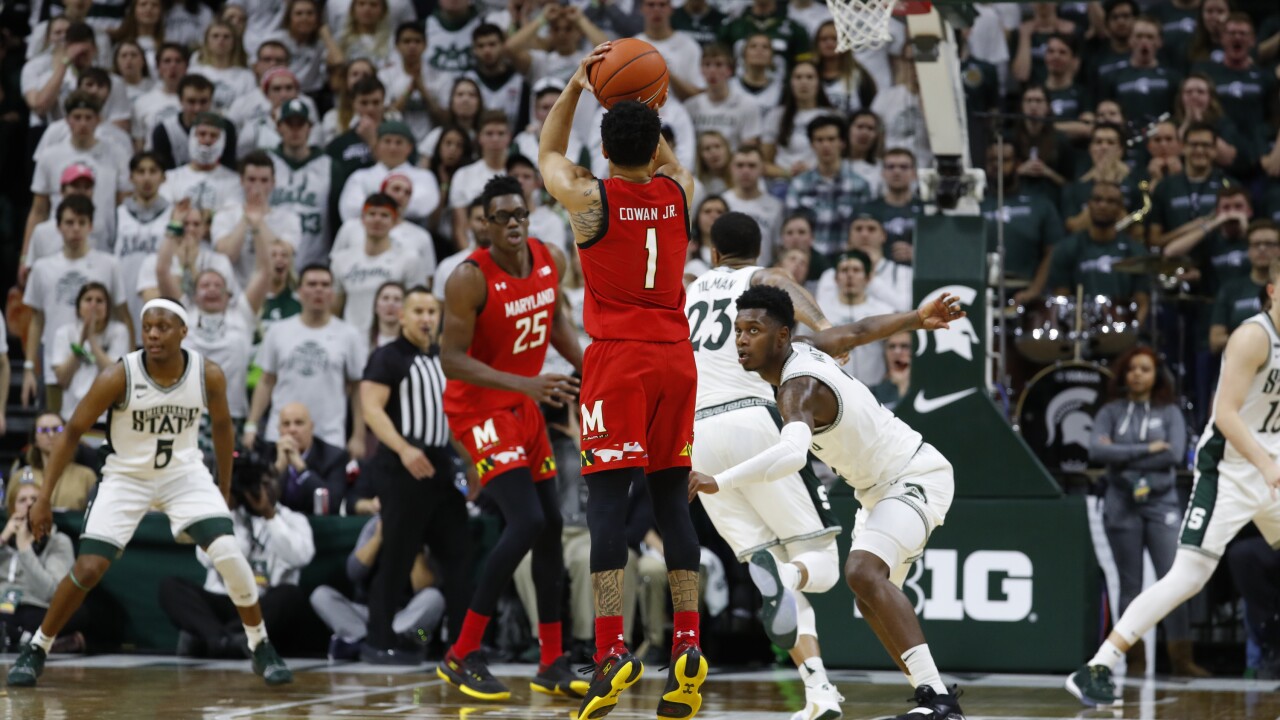 The Spartans (17-9, 9-6) trailed by as much as 15 points in the first half and by eight early in the second half before making a surge to take the lead.

Michigan State’s Xavier Tillman had 18 points and 11 rebounds, but he gave Jalen Smith enough space to make a 3-pointer with 3:08 remaining to start Maryland’s game-closing run. Tillman caught the wrath of coach Tom Izzo after making the mistake on defense.

Smith finished with 17 points and 10 rebounds.

Cassius Winston had 14 points for the Spartans.

Michigan State’s new football coach, Mel Tucker, fired up fans during the first half in a timeout break. The crowd roared again during halftime when Michigan State honored its 2000 national championship team.

Maryland: With eight straight wins, the Terrapins have a one-game lead over No. 13 Penn State in the conference standings.

The Terrapins may move up a little in the poll. The Spartans became the first preseason No. 1 to drop out of the poll since Kentucky did it during the 2013-14 season and they will be unranked for at least another week.