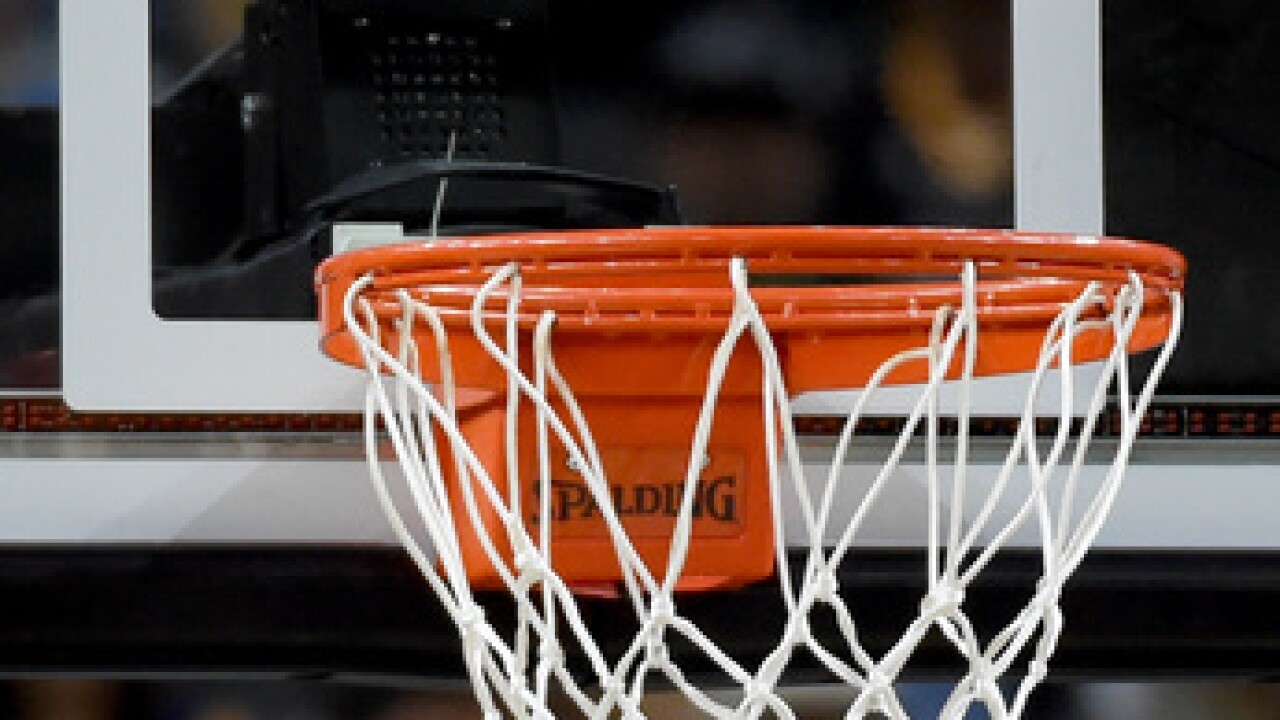 2016 Getty Images
Ethan Miller
<p>LAS VEGAS, NV - OCTOBER 15: A basketball hoop and net is shown during a preseason game between the Golden State Warriors and the Los Angeles Lakers at T-Mobile Arena on October 15, 2016 in Las Vegas, Nevada. Golden State won 112-107. NOTE TO USER: User expressly acknowledges and agrees that, by downloading and or using this photograph, User is consenting to the terms and conditions of the Getty Images License Agreement. (Photo by Ethan Miller/Getty Images)</p>

Katelynn Flaherty hit five 3-pointers and scored 22 points, Hallie Thome had 18 points and No. 23 Michigan coasted to a 105-36 win over Delaware State on Thursday.

The Wolverines (11-2), who have won six straight, had five players in double figures and shot 61 percent. They had nine 3s, including one from just inside halfcourt by Akienreh Johnson at the third-quarter buzzer. Meanwhile, they held the Hornets (1-9), who have lost four straight, to 22 percent shooting with 1 3 on 13 attempts.

Delaware State scored the first four points of the game but trailed 25-14 after one quarter. Then the Wolverines had 25-4 and 32-4 quarters and have held opponents to single digits in 10 of the last 28 quarter.

Jillian Dunston grabbed 11 rebounds as Michigan won the boards 57-21. In reaching 100 for the first time this season, Michigan had a season-high 27 assists on 43 baskets, led by Flaherty's seven.