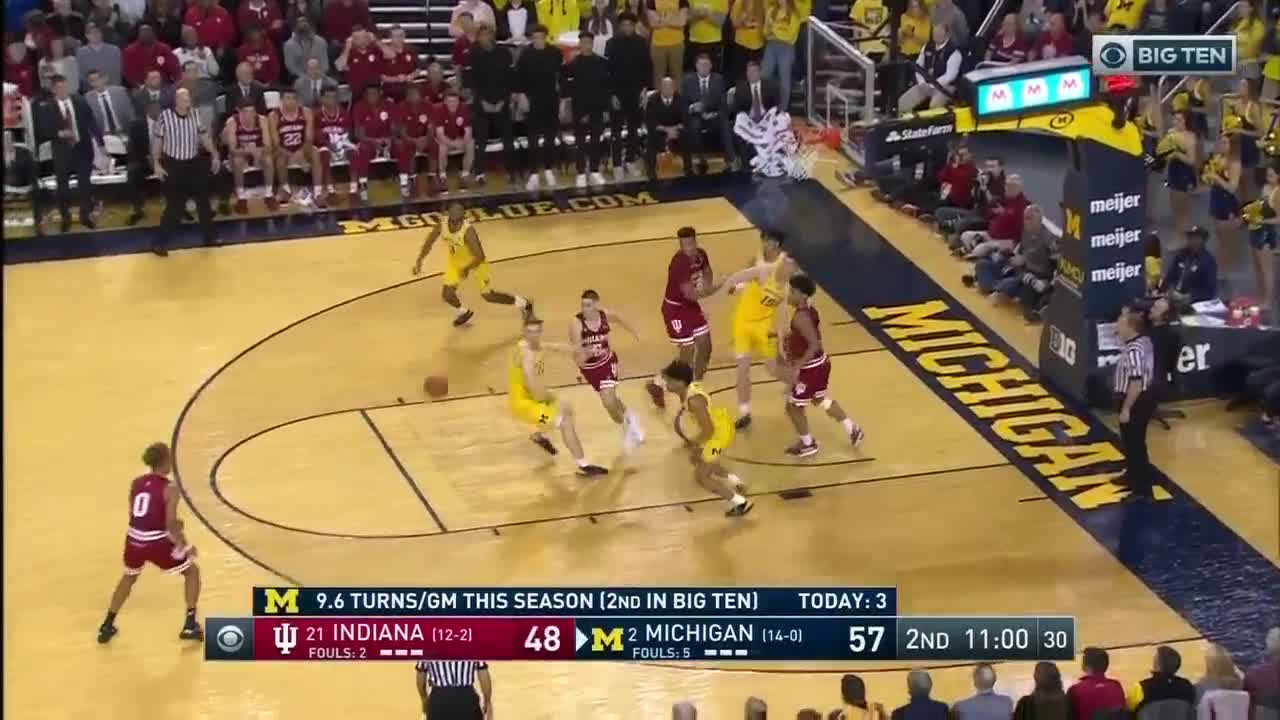 Charles Matthews scored 16 of his 18 points in the first half to help the second-ranked Wolverines build a double-digit lead and they went on to beat the 21st-ranked Hoosiers 74-63 victory Sunday. 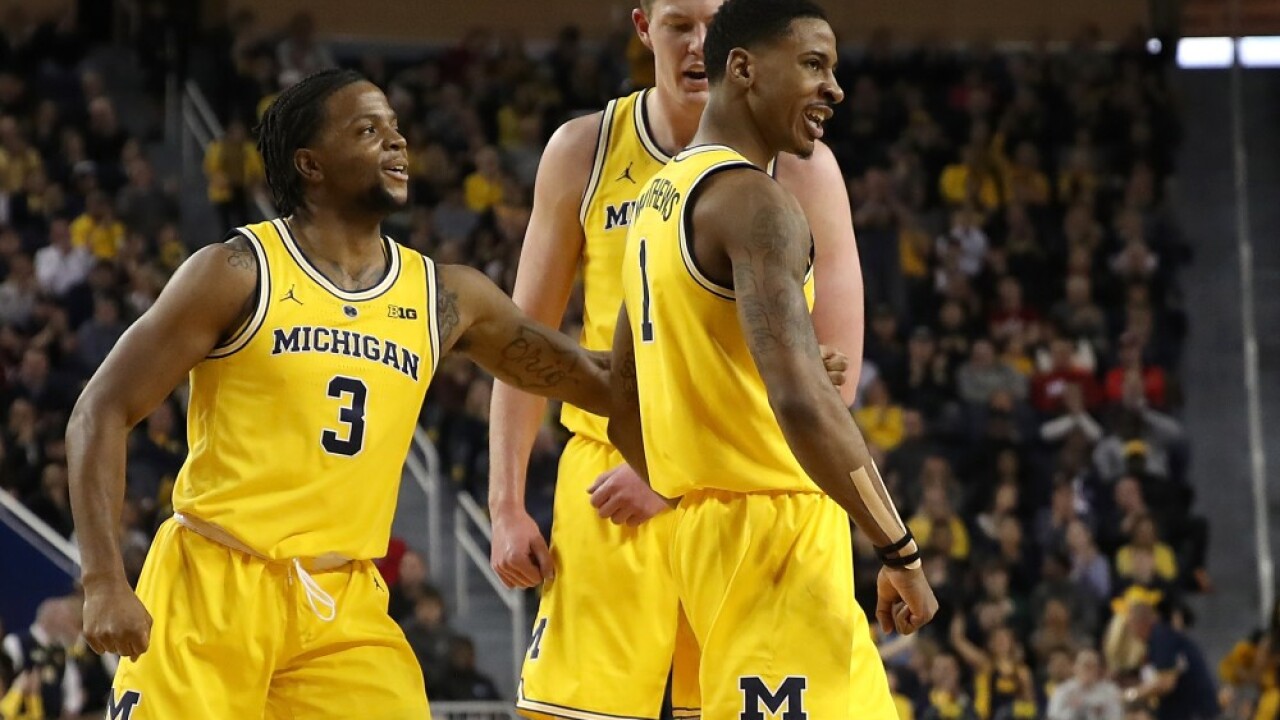 Charles Matthews scored 16 of his 18 points in the first half to help the second-ranked Wolverines build a double-digit lead and they went on to beat the 21st-ranked Hoosiers 74-63 victory Sunday.

The Wolverines (15-0, 4-0 Big Ten) are a win away from matching their best start in school history.

"We're just worried about getting better," Poole said. "We rarely talk about our record."

Michigan joined No. 8 Michigan State as the two teams without a Big Ten loss four games into the 20-game conference schedule.

The Hoosiers (12-3, 3-1) had won seven straight since losing at Duke and their chances to extend the streak were hurt because their stars were forced to sit a lot.

"When those two guys aren't on the floor, we're a different team offensively and defensively," Indiana coach Archie Miller said.

When Morgan and Langford went to the bench with two fouls early in the first half, the Wolverines went on a 12-3 run in less than 3 minutes before the pair returned to the floor.

"We set the tone and we got their two big guys in foul trouble," Michigan coach John Beilein said. "They're tremendous. They're really tough to stop and they both sat about 20 minutes."

Michigan led 44-29 at halftime and didn't have much trouble keeping a comfortable cushion after halftime in part because Morgan picked up his third and fourth fouls.

"We kind of took them out of their flow," Poole said.

Miller lamented his team getting off to another poor start.

"The beginning of the game, we're not tough enough," Miller said. "We take a punch, maybe a few too many and then get up off the ground."

"We've been coming back and winning close games," he said. "Now that's not going to work for us down the road."

Indiana: Langford and Morgan have to learn how to avoid getting into foul trouble because of their value to the team. Both went to the bench with two fouls early in the game and Morgan was limited even more in the second half because he had two more fouls while trying to defend shots from the perimeter, decisions that were costly.

"I just have to be smarter," Morgan said.

Indiana will have more depth when center De'Ron Davis, who warmed up Sunday, and guard Rob Phinisee return from injuries.

Michigan: The Wolverines usually play just two players off the bench and one of the regular reserves, Isaiah Livers, missed a second straight game with a back injury. Johns may have earned more playing time. He had to play because Livers was out and center Jon Teske and his backup, Austin Davis, were in foul trouble while trying to defend Morgan. Johns made the most of the opportunity with season highs in points, rebounds and minutes (13) and hurt the Hoosiers' comeback hopes.

"There's an argument for him to be the first big man off the bench after the way he played," Beilein said.

The 6-foot Simpson made some running hook shots, scoring in a way undersized guards have to near the lane, according to Beilein.