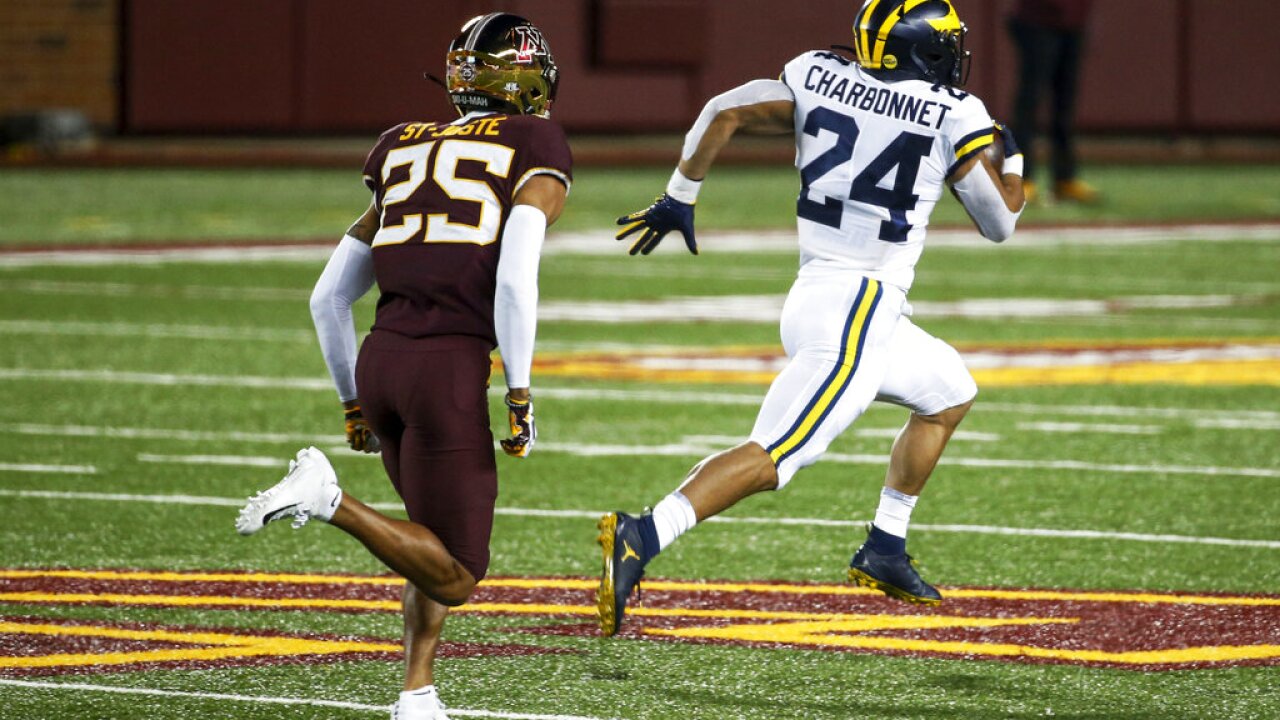 The Michigan Wolverines opened the 2020 season with a 49-24 win over the Minnesota Golden Gophers on the road Saturday night.

Michigan started with the ball but went 3-and-out, and Will Hart's punt was blocked by Preston Jelen. That led to Minnesota going on a 2-play, 17-yard touchdown drive to take a 7-0 lead.

The Wolverines got the ball back and it only took one play to tie the game after Zach Charbonnet ran 70 yards for a touchdown.

Michigan went up 14-7 after Donovan Jeter recovered a Minnesota fumble and took it 15 yards for a touchdown. The Wolverines went on a run after that, scoring touchdowns on the next three drives.

The first came from a Joe Milton pass to Ben Mason, putting them up 21-10. Then a 10-play, 77-yard drive ended with a Hassan Haskins touchdown run to go up 28-17, and Haskins scored again on the next drive to go up 35-17. That remained the score as the teams went into the locker room for halftime.

Both teams came out firing in the third quarter. Minnesota scored on its opening drive with a 5-yard run from Mohamed Ibrahim. Milton answered on the next drive with a 2-yard touchdown run to make the score 42-24.

With less than a minute left in the third quarter, Minnesota went for it on fourth down near the goal line but was unable to convert, giving Michigan the ball with a large lead. The Wolverines capitalized on the turnover on downs with a long run from Haskins that was eventually capped off by a Chris Evans touchdown run.

Next weekend, the Wolverines will battle the Michigan State Spartans for the Paul Bunyan Trophy in Ann Arbor. The Spartans were upset by Rutgers on Saturday afternoon in Head Coach Mel Tucker's debut.