No. 14 Iowa's visit to No. 19 Michigan tops Big Ten schedule 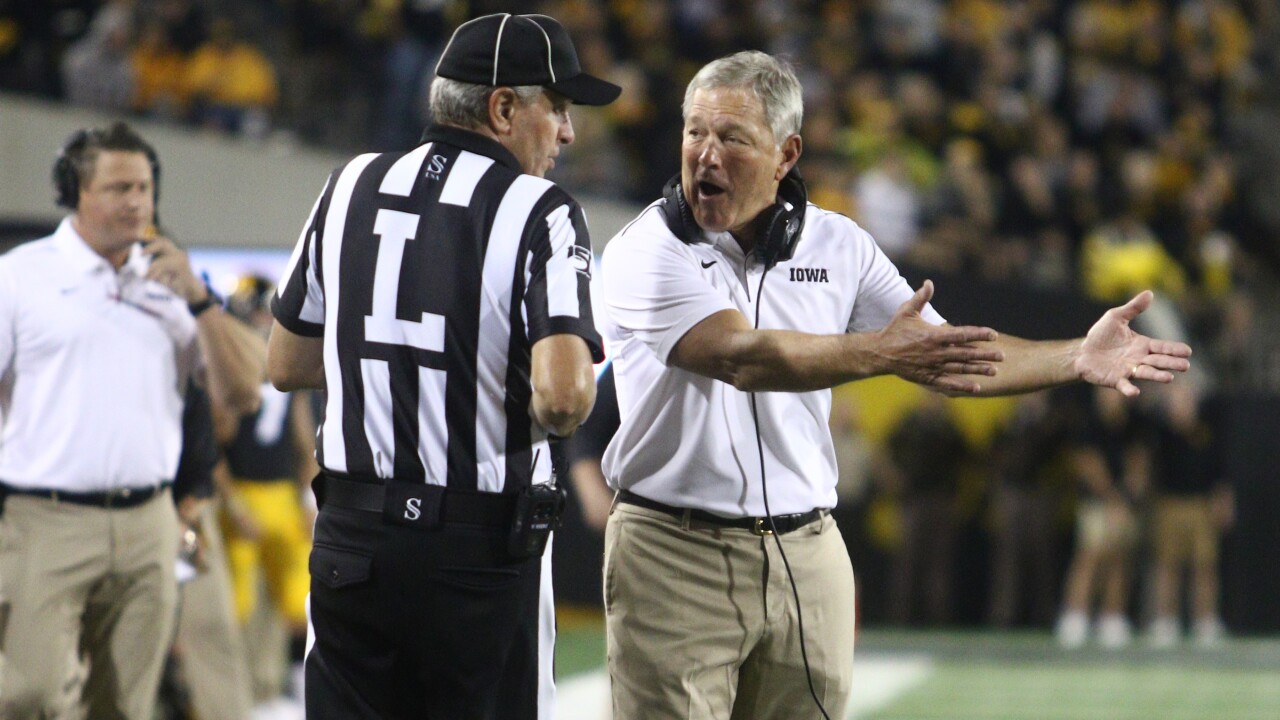 Here's what to watch in the Big Ten this week:

GAME OF THE WEEK

Michigan (3-1, 1-1) has yet to impress, never mind that 52-0 home win last week over a Rutgers team a day away from firing its coach. The Wolverines were a trendy pick to win the Big Ten East, and so far they've looked like the third- or fourth-best team in the division. This is a huge opportunity to get the season on track. Iowa (4-0, 1-0) has outscored its opponents by an average of 34-9 and has one of the most underrated quarterbacks in the country in Nate Stanley, who has thrown 136 passes without an interception since last season. The Hawkeyes' defense has given up just four touchdowns in four games.

The No. 4 Buckeyes lead the Big Ten with 4.8 sacks per game despite injury issues on the defensive line. Chase Young leads the way with a nation-high eight. The No. 25 Spartans have given up four sacks in five games, an impressive stat considering they attempt an average of 35 passes. But a run of injuries has put the offensive line at less than full strength for what figures to be the toughest game of the year.

Michigan State has beaten Ohio State three times since 2011, most of any team in the Big Ten. ... Iowa's 644 yards of total offense against Middle Tennessee last week were the most by the Hawkeyes since they amassed 658 against Northern Iowa in 1997. ... Wisconsin's home game against Kent State will be the first in football between the schools. Kent State coach Sean Lewis played quarterback and tight end for Wisconsin from 2004-07. ... Maryland (at Rutgers), which outscored its first two opponents 142-20, has been outscored 79-17 in its last two games. ... Rutgers has been outscored 112-16 in its last three games. ... Penn State (vs. Purdue) has won 10 straight against Big Ten West opponents. ... Jack Plummer will make his second start at quarterback for Purdue in place of the injured Elijah Sindelar. He also started against TCU on Sept. 14 when Sindelar was recovering from a concussion. ... Illinois has lost three straight at Minnesota since 2009.

The Wildcats always play Nebraska tough and are 3-1 in Lincoln since the Cornhuskers joined the Big Ten in 2011. Whoever plays quarterback, Hunter Johnson or Aidan Smith, must do the unexpected and have a good day passing because the Wildcats have averaged fewer than 3.2 yards per rushing attempt in three of their four games. The defense is good enough to keep Northwestern in the game.

Morgan completed 21 of 22 passes for 396 yards and four touchdowns against Purdue last week and will be facing another porous pass defense in Illinois, which is allowing Big Ten-worst 8.1 yards per completion. Morgan is 8-2 as the starter, has completed 73 percent of his passes this season and his 11.6 yards per attempt ranks third in the nation. His passing efficiency rating of 202.10 trails only Jalen Hurts (Oklahoma), Joe Burrow (LSU) and Tua Tagovailoa (Alabama).