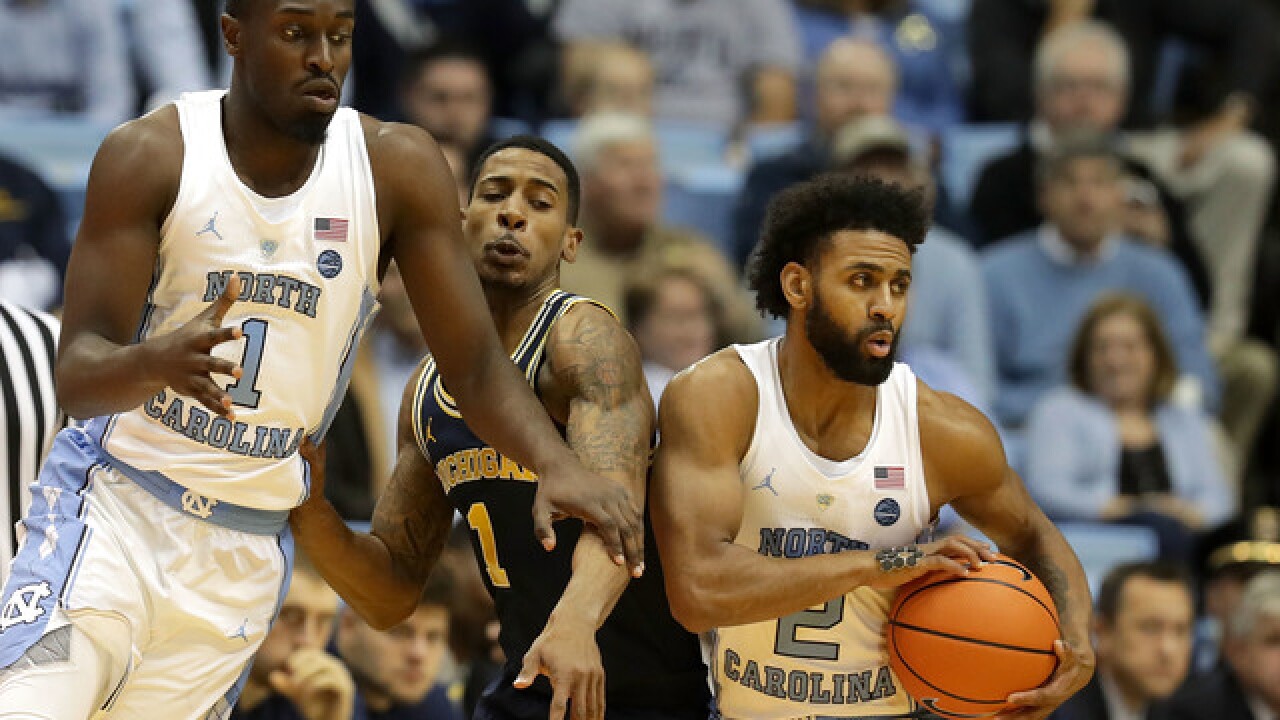 Joel Berry II added 17 points on a bounceback offensive night for the Tar Heels (6-1). They were coming off a 63-45 loss to No. 3 Michigan State in the PK80 Invitational that included them shooting a program-record-low 24.6 percent.

Moe Wagner scored 20 points to lead Michigan, which cooled quickly after a hot start and couldn't keep up with UNC and its refound offensive touch.

Michigan: The Wolverines started the game with an efficient attack that spread the court, knocked down 3-pointers and caught UNC backdoor. Charles Matthews even banked in a 3 to beat the shot clock and cap the team's 8-for-8 shooting start, but Michigan quickly faded. The Wolverines shot roughly 35 percent the rest of the way, including 6 of 30 from behind the arc.

UNC: The Tar Heels spent much of the game shooting around 60 percent to let loose some pent-up frustration from the blowout loss to the Spartans, who locked down on UNC and were far tougher than the Tar Heels. Maye posted his fifth 20-point game on 11-for-16 shooting after struggling against the Spartans (eight points on 3-for-13 shooting). Maybe it helped that they were back home for the first time in two weeks after an extended trip west that included a win at Stanford before three PK80 games in Portland, Oregon.

UNC: The Tar Heels travel to Charlotte to face Davidson on Friday.