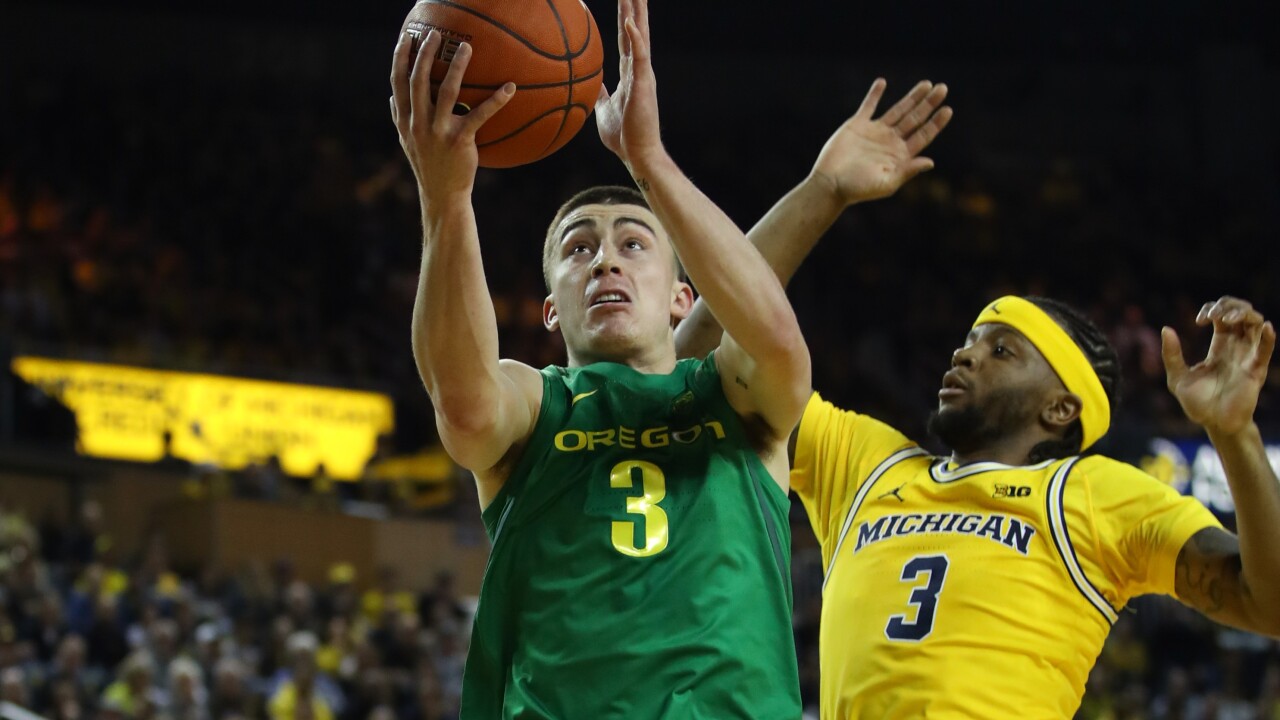 In a stellar matchup of senior point guards, Pritchard was just a little bit better, repeatedly driving past Michigan's Zavier Simpson toward the end of the second half and in overtime. Simpson had eight points and 11 assists, but the Wolverines (8-3) lost their second straight game.

Oregon (8-2) built a 16-point lead in the first half, then had to withstand an extended Michigan charge. Anthony Mathis nearly won it for the Ducks with a long 3-pointer at the end of regulation, but a replay showed he released the shot just after the clock ran out.

Simpson's calling card has been his defense during his Michigan career, but the Wolverines had no answer for Pritchard late. He scored 13 of Oregon's points in a row at the end of regulation and the start of overtime.

Pritchard scored the Ducks' final points of the game on a driving layup that put Oregon up 71-68. Then David DeJulius made a baseline jumper for the Wolverines and forced a turnover on the inbound pass.

Michigan's final possession lasted a while. DeJulius missed a driving shot, and the ball went out of bounds after a scramble near the basket. The Wolverines kept possession after a lengthy review, but Simpson missed a driving hook shot in the final seconds, and a tip-in attempt by Brandon Johns wouldn't drop.

Michigan shot 7 of 29 in the first half and flubbed three dunk attempts toward the end. Oregon led 31-23 at the break.

Oregon: The Ducks are building quite a resume early this season. They beat Memphis and Seton Hall last month and now have this impressive road win as well. Their only losses were to Gonzaga and North Carolina.

Michigan: The Wolverines have had problems on the rare occasion when the opposing point guard can get the better of Simpson. They lost three times to Cassius Winston and Michigan State last season, and they weren't able to overcome Pritchard and Oregon.

Oregon can expect to move up, and Michigan should drop. This wasn't a bad loss for the Wolverines, but they fell at Illinois earlier in the week as well.

Michigan: The Wolverines' schedule eases up as well with a visit from Presbyterian on Saturday.