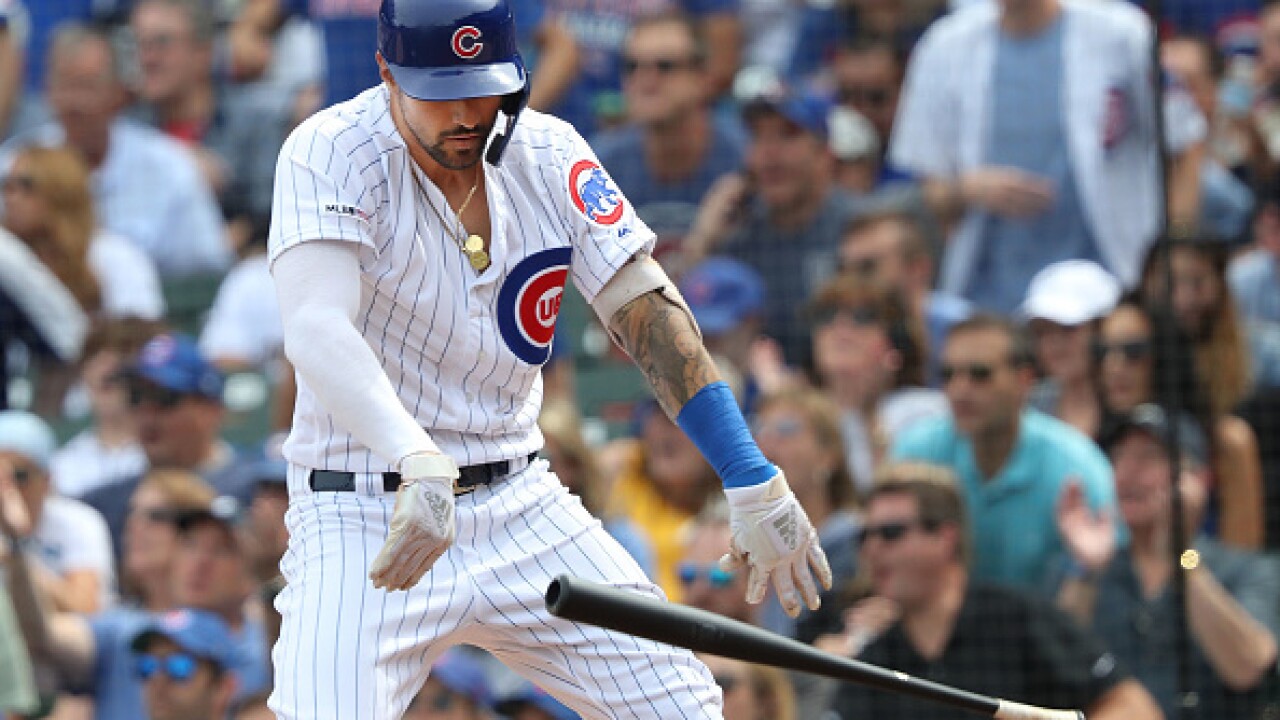 Nicholas Castellanos has evidently found a ballpark that suits him.

Castellanos — who openly complained about Comerica Park’s spacious dimensions earlier this year when he was with Detroit — has flourished since a trade to the Chicago Cubs. The 27-year-old outfielder has hit 13 home runs for Chicago in 35 games. That’s two more than he hit in 100 games this season for the Tigers.

Castellanos has hit six home runs at Wrigley Field after hitting only three at Comerica this year.

Castellanos could be crucial for the Cubs down the stretch. They dropped the final three games of a series against Milwaukee and lead the Brewers by just two games for the second wild card in the National League. Philadelphia is also two back, and surging Arizona is 1½ behind after winning 11 of 13.

Chicago has injury problems. Shortstop Javier Báez is dealing with left thumb issues, and closer Craig Kimbrel has had elbow inflammation. If the Cubs do make the postseason, they can thank Castellanos.

Not every big trade at the deadline has paid dividends. Marcus Stroman has a 5.05 ERA in seven starts for the New York Mets. Yasiel Puig has only two home runs in 33 games for Cleveland. Zack Greinke is 4-1 for Houston, but he’s posted a 3.86 ERA since being traded to the Astros and hasn’t really been dominant.

Castellanos is the acquisition who has really made a difference. He’s hit .338 for the Cubs with an OPS of 1.056.

In another interesting twist from those deadline deals, the Diamondbacks traded Greinke and still might make the playoffs. Alex Young struck out 12 on Saturday for a team rookie record, allowing two hits in eight innings in a 2-0 win over Cincinnati. Young is 7-3 with a 3.38 ERA on the season.

Elsewhere around the majors:

When Miami left-hander Brian Moran came in to make his big league debut Thursday night, he had a familiar face waiting for him.

The second batter Moran faced was his brother, Colin, a third baseman for the Pirates. Brian struck out Colin and ended up getting the win in relief when the Marlins won 10-7.

The Astros and Dodgers are neck and neck for the major league lead in run differential. Houston now occupies the top spot after a 21-1 rout of Seattle on Sunday. Houston hit 11 doubles and improved to 16-1 against Seattle this year.

The Astros beat Baltimore 23-2 earlier this season. They’re the first team to win two games by 20 or more runs in a season since the New York Yankees did it three times in 1939, according to STATS.

The Mets have given the Nationals fits at times this year, but that changed in a big way Tuesday night when Washington scored seven runs in the bottom of the ninth, beating New York 11-10 on Kurt Suzuki’s three-run homer. Right now, the Nationals appear likely to make the playoffs and the Mets don’t — and this loss will stand out if New York doesn’t make it.

Edwin Diaz gave up the winning homer. He has blown seven saves and allowed 14 homers in 60 games.

LINE OF THE WEEK

Gerrit Cole wasn’t about to be overshadowed by Houston’s staggering offensive display Sunday. In that 21-1 win, he struck out 15 and allowed only one hit in eight innings. Cole has won 12 straight decisions.