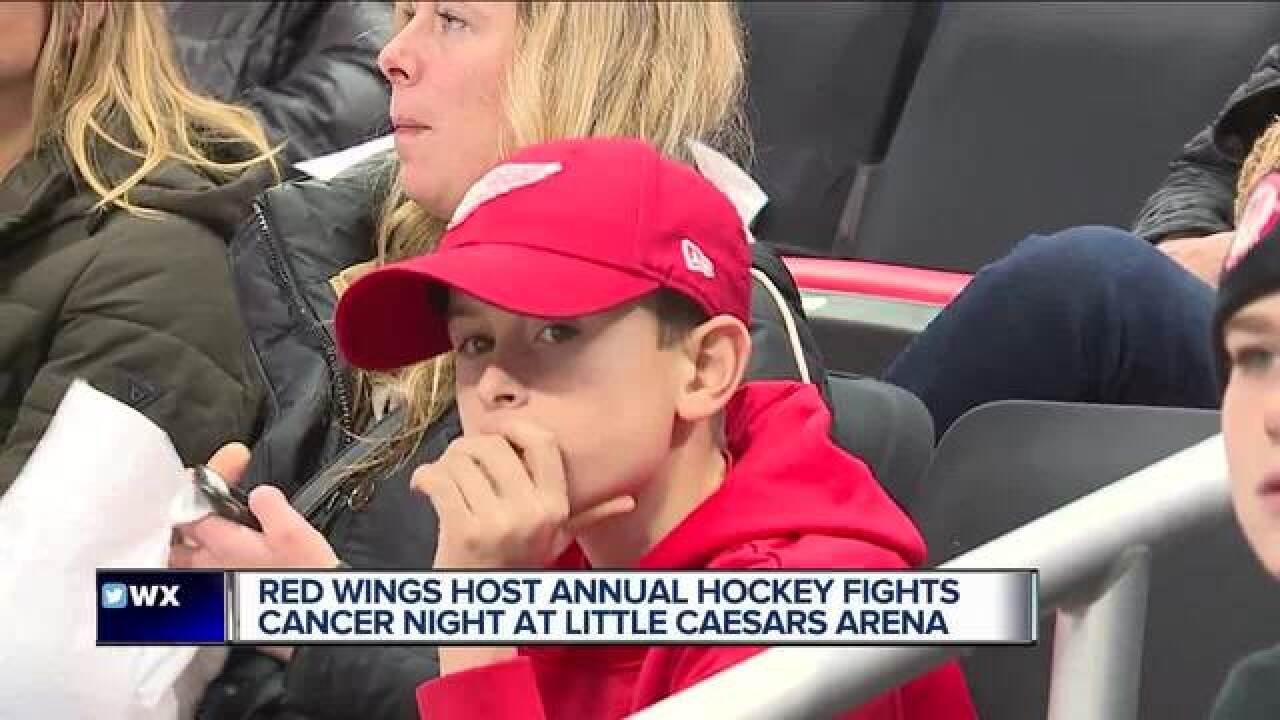 The Red Wings are fighting cancer with a big effort at Little Caesars Arena.
The team hosted its annual Hockey Fights Cancer night on Tuesday. They invited a special group of people to the game, and kicked off the day with a special morning skate.
Over 100 cancer patients, survivors, and their families watched the Red Wings on the ice in an intimate setting and then had lunch with a group of players, all before they return to Little Caesars Arena for Hockey Fights Cancer Night. In the middle of the group was one young man named Ethan.
His story caught our attention.
Ethan is a cancer survivor. He beat leukemia when he was seven years old. A hockey player from the upper peninsula, Ethan skated with the Wings as the team's youth skater of the game.
WATCH THE STORY IN THE VIDEO BELOW OR CLICK HERE
Copyright 2018 Scripps Media, Inc. All rights reserved. This material may not be published, broadcast, rewritten, or redistributed.