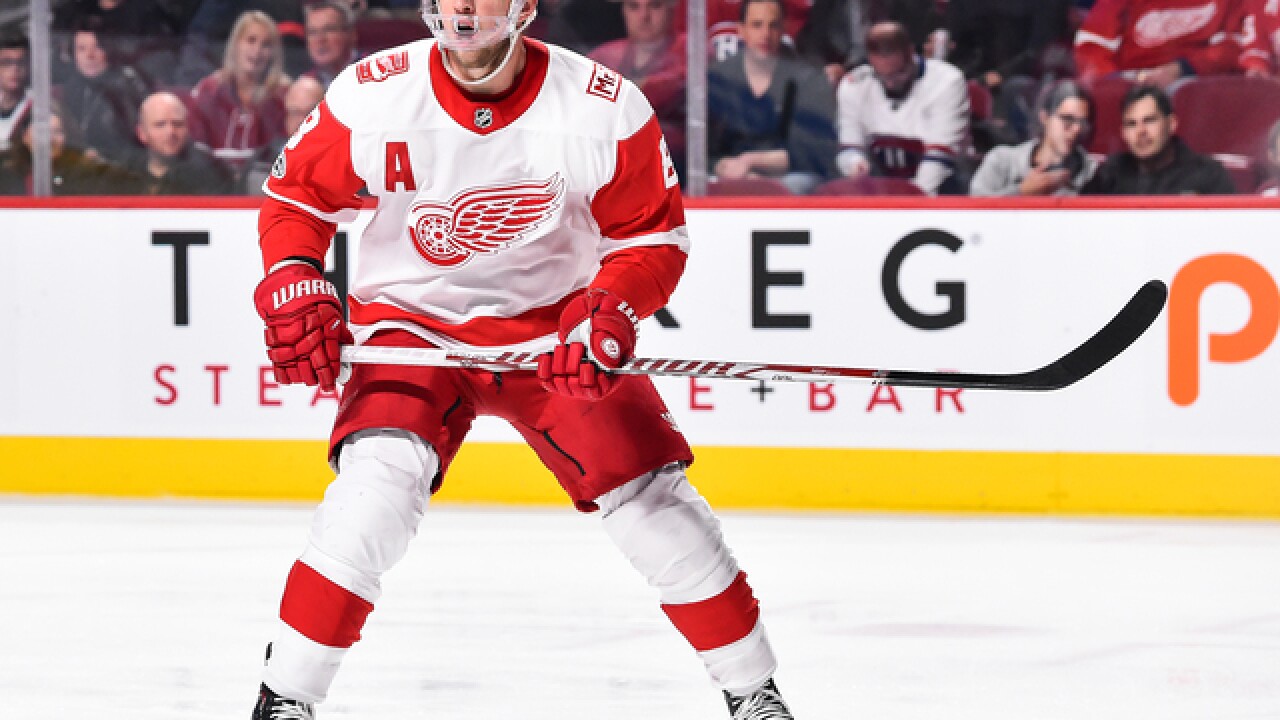 2017 Getty Images
Minas Panagiotakis
<p>MONTREAL, QC - DECEMBER 02: Justin Abdelkader #8 of the Detroit Red Wings skates as he looks on against the Montreal Canadiens during the NHL game at the Bell Centre on December 2, 2017 in Montreal, Quebec, Canada. The Montreal Canadiens defeated the Detroit Red Wings 10-1. (Photo by Minas Panagiotakis/Getty Images)</p>

Justin Abdelkader and Gustav Nyquist scored in a dominant first period for Detroit, and the Red Wings snapped a seven-game slide with a 5-1 victory over the Winnipeg Jets on Tuesday night.

Fresh off a 10-1 loss at Montreal on Saturday, the Red Wings outshot Winnipeg 16-3 in the opening period and took a 2-0 lead. They put the game away with three more goals in the third.

Winnipeg, which entered tied for the NHL lead in points, managed only a second-period goal by Patrik Laine on a two-man advantage. The Red Wings answered in the third with goals by Nyquist, Darren Helm and David Booth.

Abdelkader opened the scoring, and Detroit had a two-man advantage for 1:55 later in the first. The Jets killed off both penalties, but seconds after the second one expired, Nyquist lifted a rebound past goalie Connor Hellebuyck to make it 2-0.

Laine's slap shot from the left circle beat goalie Jimmy Howard for his 14th of the season, and Detroit failed to take advantage of another two-man advantage later in the second.

With 15:05 left in the third, Jonathan Ericsson took a shot that went into in the net, with Hellebuyck ending up underneath both Nyquist and Winnipeg defenseman Josh Morrissey. After a long review, officials said Morrissey created the contact and there was no goalie interference. The goal was eventually credited to Nyquist.

Winnipeg's Blake Wheeler lost the puck in the neutral zone, allowing Helm to skate in on a breakaway and make it 4-1.

Booth's goal came on a 3-on-1 break and capped a forgettable night for the Jets, who were coming off a 5-0 win over Ottawa on Sunday in which they had 49 shots.

Jets: At the Florida Panthers on Thursday night.