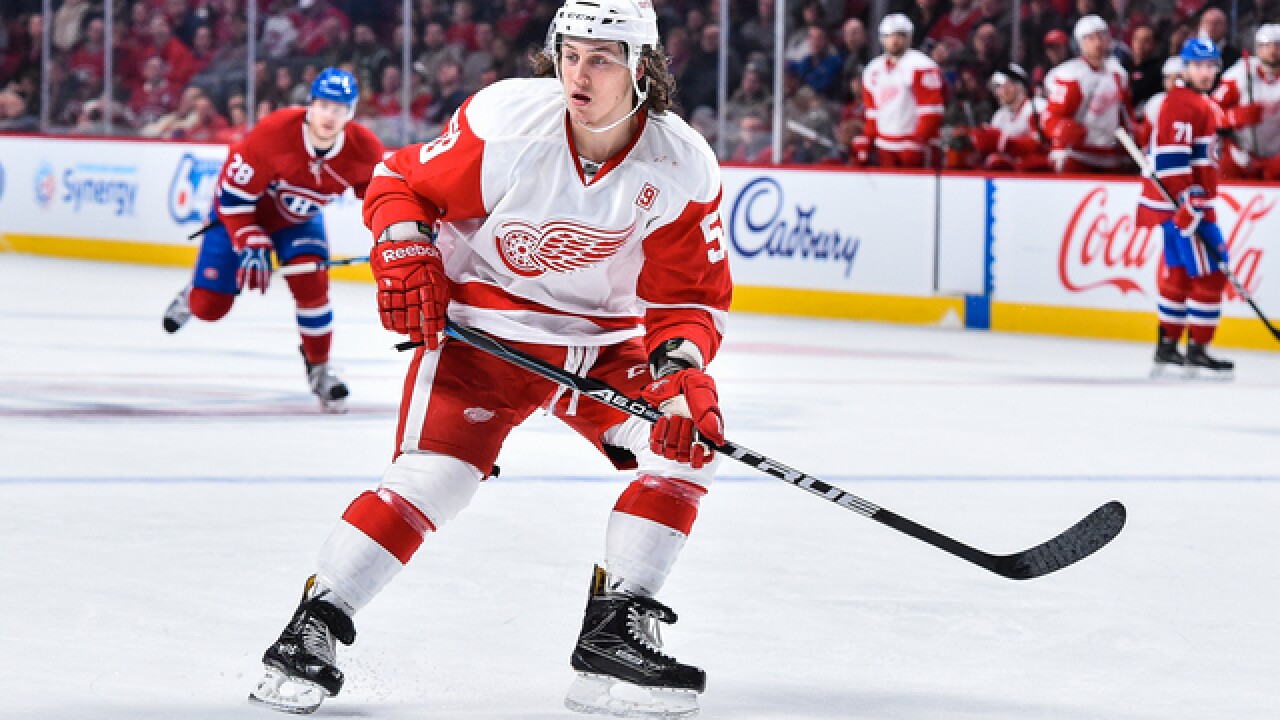 The Detroit Red Wings have recalled forward Tyler Bertuzzi from Grand Rapids of the AHL.

Bertuzzi has five goals and four assists in 12 games with the Griffins this season. He was chosen the most valuable player of last season's AHL playoffs. He also made his NHL debut in 2016-17, playing seven games with the Red Wings.

Bertuzzi was drafted by Detroit in the second round in 2013.

The Red Wings host the St. Louis Blues on Saturday.