Matheson's first of season wins it for Panthers in OT 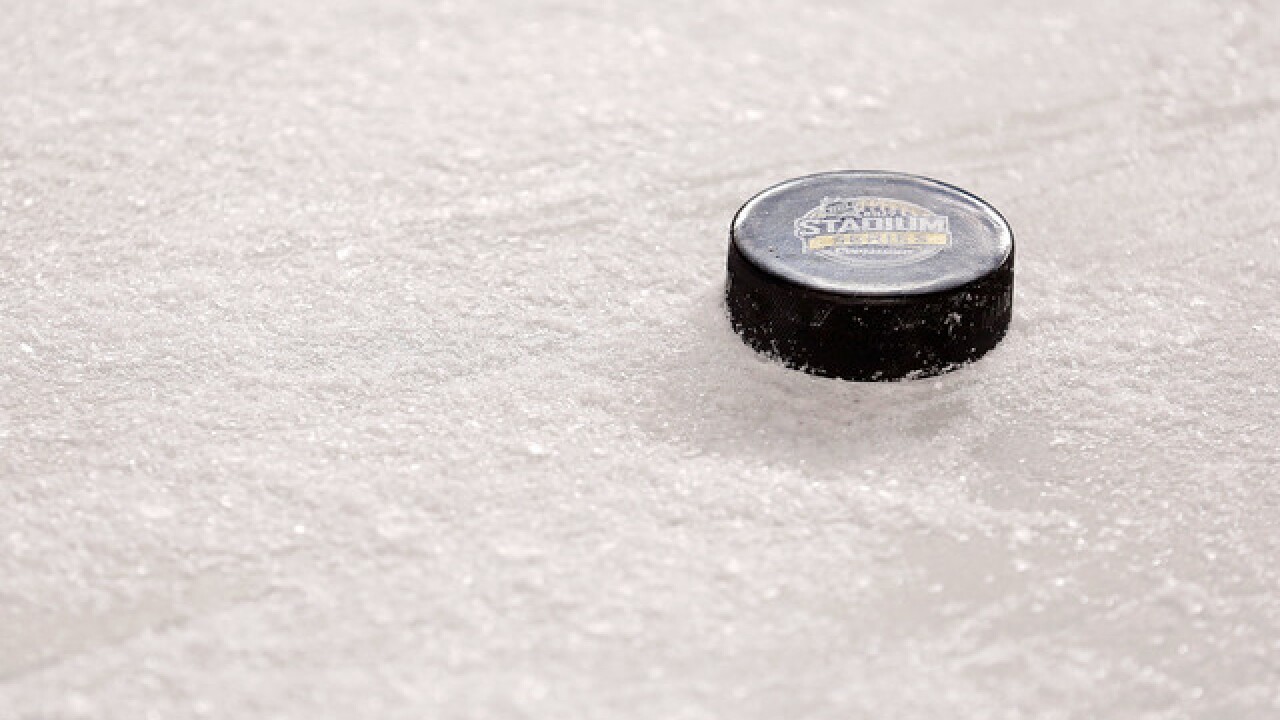 2017 Getty Images
Kirk Irwin
<p>PITTSBURGH, OH - FEBRUARY 25: A puck lies on the ice during warmups prior to the start of the game between the Pittsburgh Penguins and the Philadelphia Flyers at Heinz Field on February 25, 2017 in Pittsburgh, Pennsylvania. (Photo by Kirk Irwin/Getty Images)</p>

Mike Matheson scored his first goal of the season and the Florida Panthers won in overtime for the first time this season, taking a 2-1 decision from the Detroit Red Wings on Monday night.

Matheson drove the rebound of a Nick Bjugstad shot into the net behind Detroit goalie Jimmy Howard at the 2:02 mark of the overtime period for the winner. Florida improved to 1-2 in OT, rallying from a 1-0 third-period deficit for the victory.

Ending a 22-game goal drought, Zetterberg opened the scoring at the 18:27 mark of the first period. Panthers defenseman Matheson blocked Zetterberg's original shot, but the Detroit captain picked up the rebound and snapped a low shot through the pads of Florida goalie James Reimer.

The Panthers tied the score during a third-period power play at the 10:11 mark. Florida center Jonathan Huberdeau went down after being cross-checked by Red Wings defenseman Niklas Kronwall, but as he lay on the ice, Huberdeau slipped a pass back across the front of the net to Trocheck, whose quick shot banked into the Detroit net off the outstretched glove of Wings goalie Jimmy Howard.

NOTES: Panthers C Aleksandr Barkov, who leads the team with eight multi-point games, returned to the lineup after missing Saturday's 7-3 loss to the Colorado Avalanche with an upper-body injury. ... Red Wings D/RW Luke Witkowski saw his first action since the conclusion of his 10-game NHL suspension for returning to the ice to rejoin a fight Nov. 9 against the Calgary Flames, and fought twice with Panthers C Micheal Haley, who leads the NHL with nine fighting majors.

Panthers: In Chicago Tuesday to face the Blackhawks in the second game of their five-game road trip.

Red Wings: Play the fourth game of a five-game homestand Wednesday against the Boston Bruins.