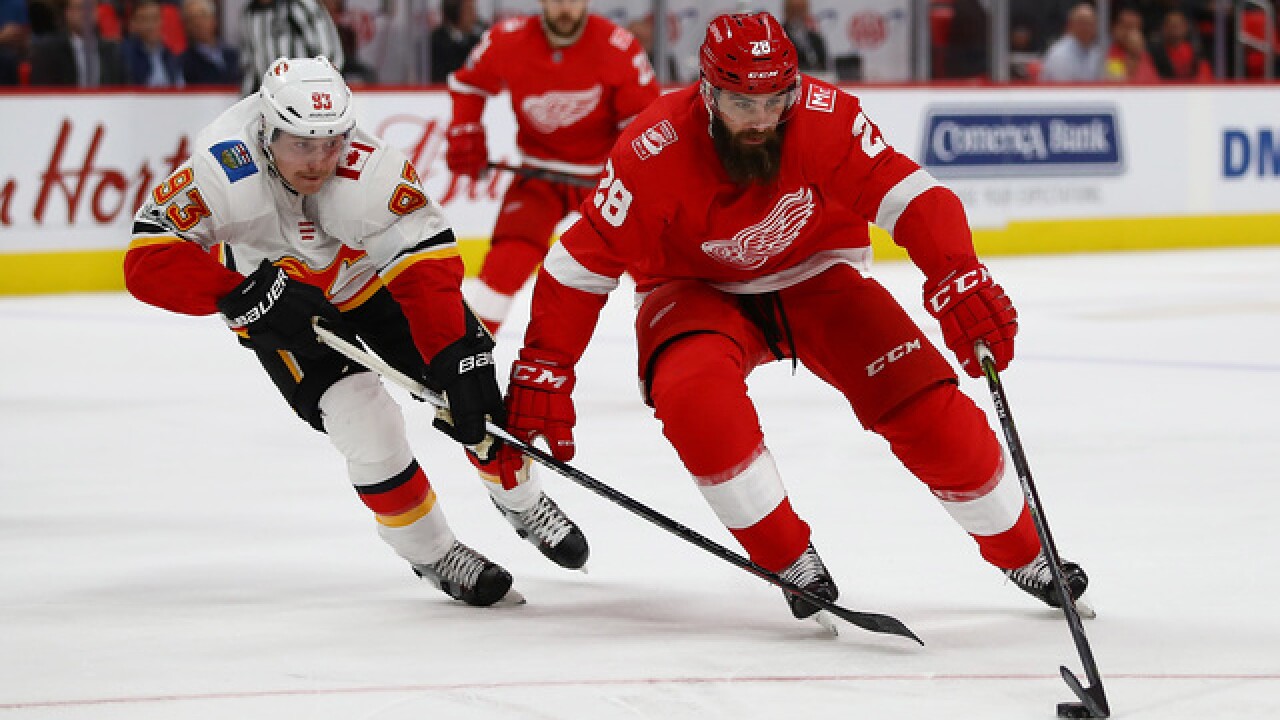 Anthony Mantha and Andreas Athanasiou each scored twice as the Detroit Red Wings routed the Calgary Flames 8-2 on Wednesday night.

Gustav Nyquist, Dylan Larkin, Justin Abdelkader and Luke Glendening also scored for the Red Wings, who raced out to a 4-1 lead in the first period.

Micheal Ferland and Johnny Gaudreau had the goals for the Flames in the opener of a six-game road trip.

Athanasiou opened the scoring when his cross-crease pass was deflected by Flames defenseman T.J. Brodie through the legs of Calgary goalie Eddie Lack just 5:35 into the game.

Nyquist made it 2-0 only 1:50 later with his sixth of the season. He didn't get his sixth goal last season until Jan. 14.

The Flames scored on the power play when Ferland jammed the puck under the right pad of Detroit goalie Jimmy Howard. But the Red Wings regained their two-goal advantage on a power play of their own when Mantha put his own rebound behind Lack.

Before the period was over, Larkin scored Detroit's fourth short-handed goal of the season, tying the Red Wings for the NHL lead.

Lack, making his second start of the season in place of injured Mike Smith, was chased to the bench in favor of Jon Gillies when Mantha made it 5-1 with a power-play goal 4:27 into the second.

Gaudreau got one back for the Flames, but Abdelkader made it 6-2 in the final minute of the period.

Athanasiou and Glendening completed the scoring with goals in the third.

NOTES: Detroit D Trevor Daley left in the second period with an upper-body injury. . A third-period fight between Detroit's Luke Witkowski and Calgary's Brett Kulak turned into a full-fledged line brawl. Witkowski was assessed a game misconduct for returning to the ice to rejoin the fray. ... Wearing a protective facemask, Abdelkader (broken cheekbone) returned to action after missing one game.

Flames: At the Philadelphia Flyers on Saturday afternoon.

Red Wings: Host the Buffalo Sabres on Friday night in the third game of a five-game homestand.