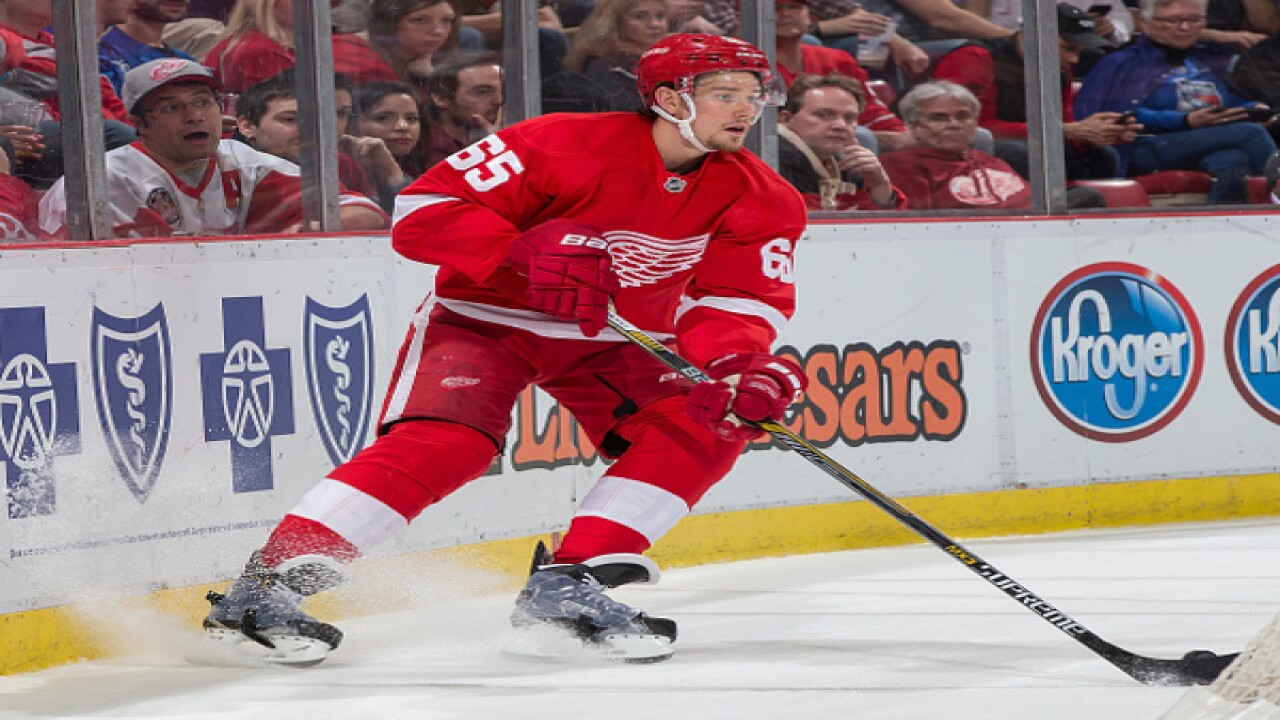 Copyright Getty Images
Dave Reginek
<p>DETROIT, MI - MARCH 12: Danny DeKeyser #65 of the Detroit Red Wings stops behind the net with the puck during an NHL game against the New York Rangers at Joe Louis Arena on March 12, 2016 in Detroit, Michigan. The Wings defeated the Rangers 3-2 in overtime. (Photo by Dave Reginek/NHLI via Getty Images)</p>

The Detroit Red Wings have locked up a defenseman for the long-haul as the team signed Danny DeKeyser to a 6-year contract.

The 26-year-old defenseman has spent four seasons with the Red Wings.

In 78 games last season, DeKeyser scored eight goals, added 12 assists and was a plus-2.