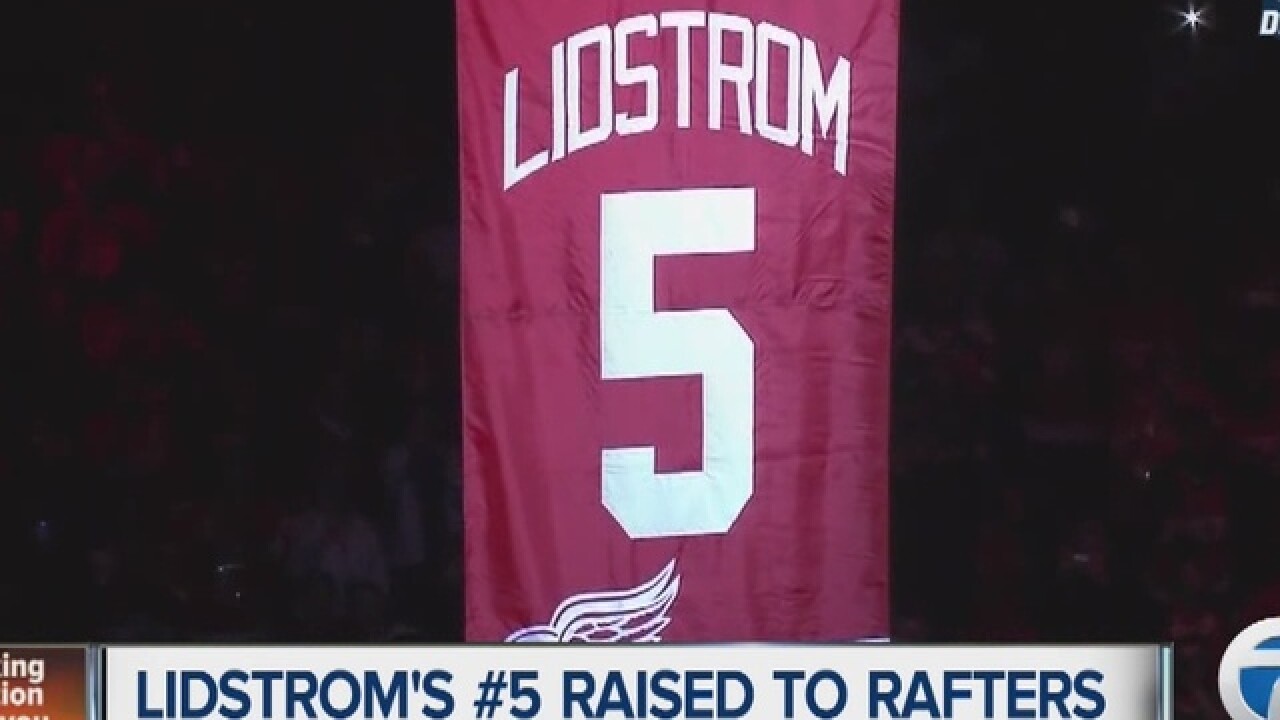 The rafters at Joe Louis Arena already proudly display former captain Niklas Lidstroms' jersey with pride but the celebration of a one-of-a-kind career will continue tonight.

Hall of Fame night will feature Lidstrom in a ceremonial puck drop while the fans, current, and former players look on.

Lidstrom is planning on playing in the alumni game in Denver this weekend as apart of the Stadium Series game with the Avalanche.

WXYZ sports reporter Justin Rose has what some of the current players think of the most recent Hall of Fame inductee.