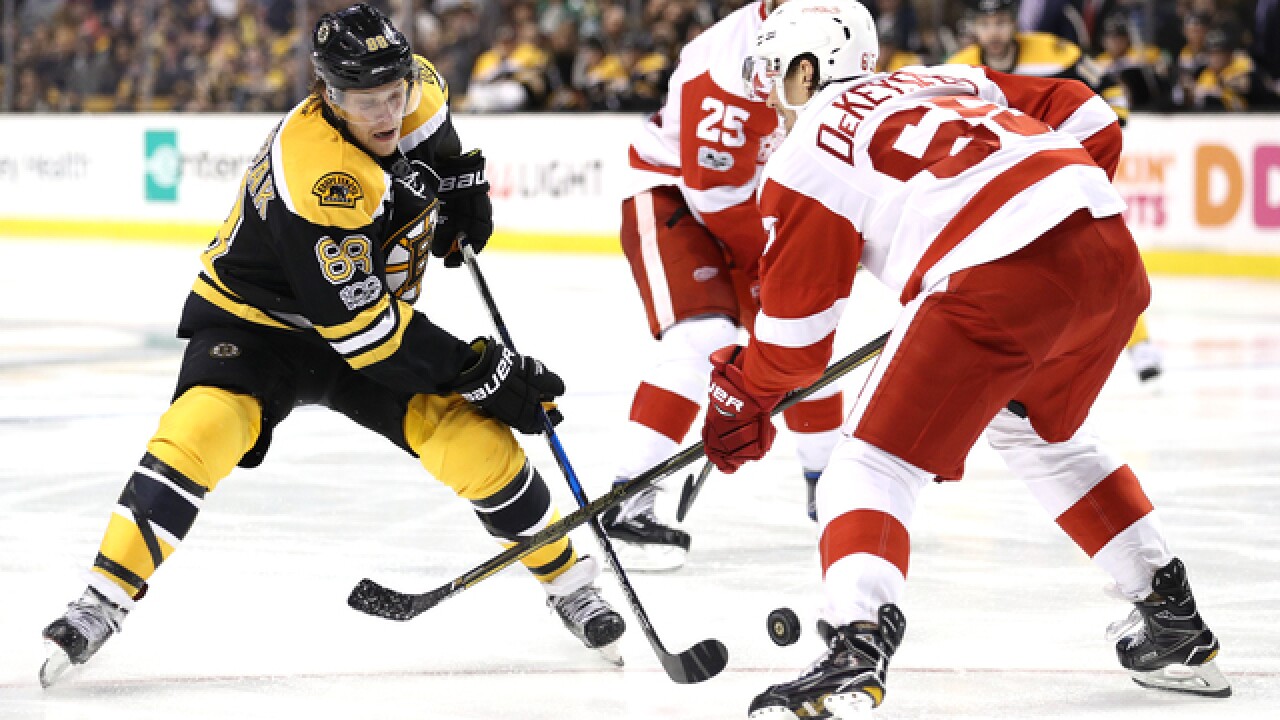 Brad Marchand assisted on the tying goal late in regulation and scored the game-winner 35 seconds into overtime to give the Boston Bruins a 3-2 victory over the Detroit Red Wings on Wednesday night.

The Bruins managed only two shots on goal in the first period but twice rallied from a one-goal deficit for their ninth win in 11 games. Detroit has dropped 10 of 11, although the Red Wings have earned a point in five of those losses.

David Pastrnak tied it with 1:26 remaining in the third period, extending his point streak to nine games. The Bruins had pulled goalie Tuukka Rask with more than two minutes left, and Marchand's pinpoint pass from the right side made it through traffic to Pastrnak at the left of the net. His 15th goal of the season sent the game to overtime.

In the extra period, Marchand skated in ahead of defenseman Mike Green and stickhandled to the right before backhanding the puck past goalie Jimmy Howard from a sharp angle.

Noel Acciari scored the other goal for Boston. Dylan Larkin and Tomas Tatar scored for Detroit.

Tatar opened the scoring on a second-period power play, beating Rask only 13 seconds after Patrice Bergeron received a minor penalty for tripping. Tatar's wrist shot made it through with teammate Justin Abdelkader standing in front of the net as a screen.

Pastrnak, playing his 200th career game, nearly tied it moments later when he skated in behind the Detroit defense, but Howard stopped him.

Acciari tied it early in the third after a scramble in front of the net, and Boston went on the power play when Green was whistled for holding. But Larkin scored short-handed on a breakaway to put Detroit up 2-1.