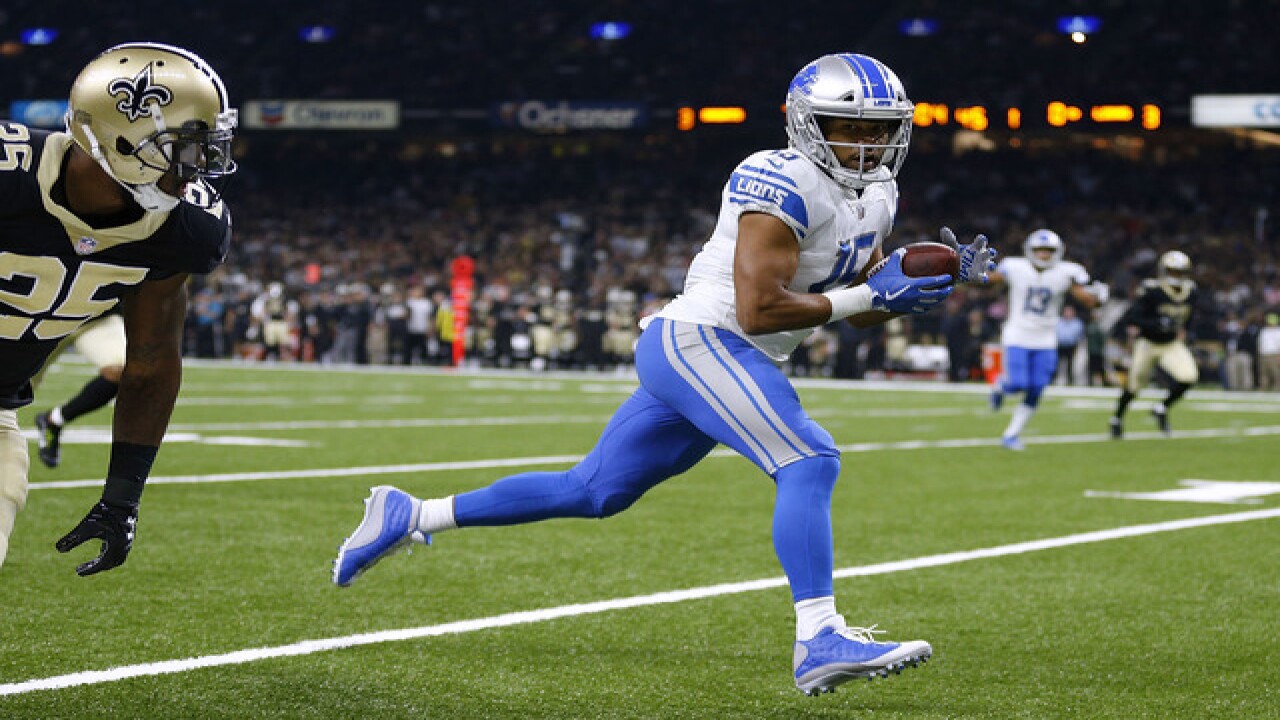 Copyright Getty Images
Jonathan Bachman
<p>NEW ORLEANS, LA - OCTOBER 15: Golden Tate #15 of the Detroit Lions catches the ball for a touchdown as Rafael Bush #25 of the New Orleans Saints defends during the first half of a game at the Mercedes-Benz Superdome on October 15, 2017 in New Orleans, Louisiana. (Photo by Jonathan Bachman/Getty Images)</p>

NEW ORLEANS (WXYZ) -- After scoring a touchdown against the Saints on Sunday, Golden Tate gave a celebration worthy of "The People's Champion."

The tribute quickly caught the attention of "The Great One" himself.