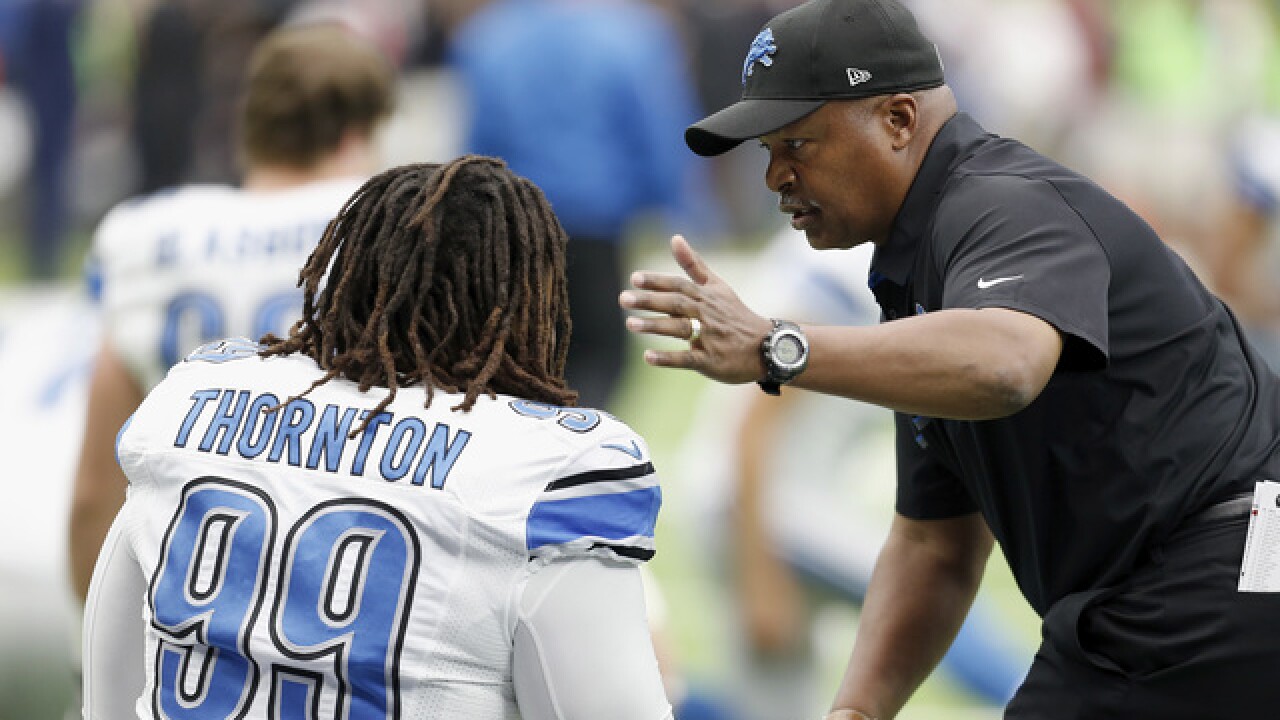 The Lions announced the move Tuesday, which also happened to be Thornton's 28th birthday.

Thornton has played in four games for the Lions this season. He began the 2017 season on a six-game suspension for violating the NFL's substance-abuse policy.

Thornton played in 13 games for the Lions last season.