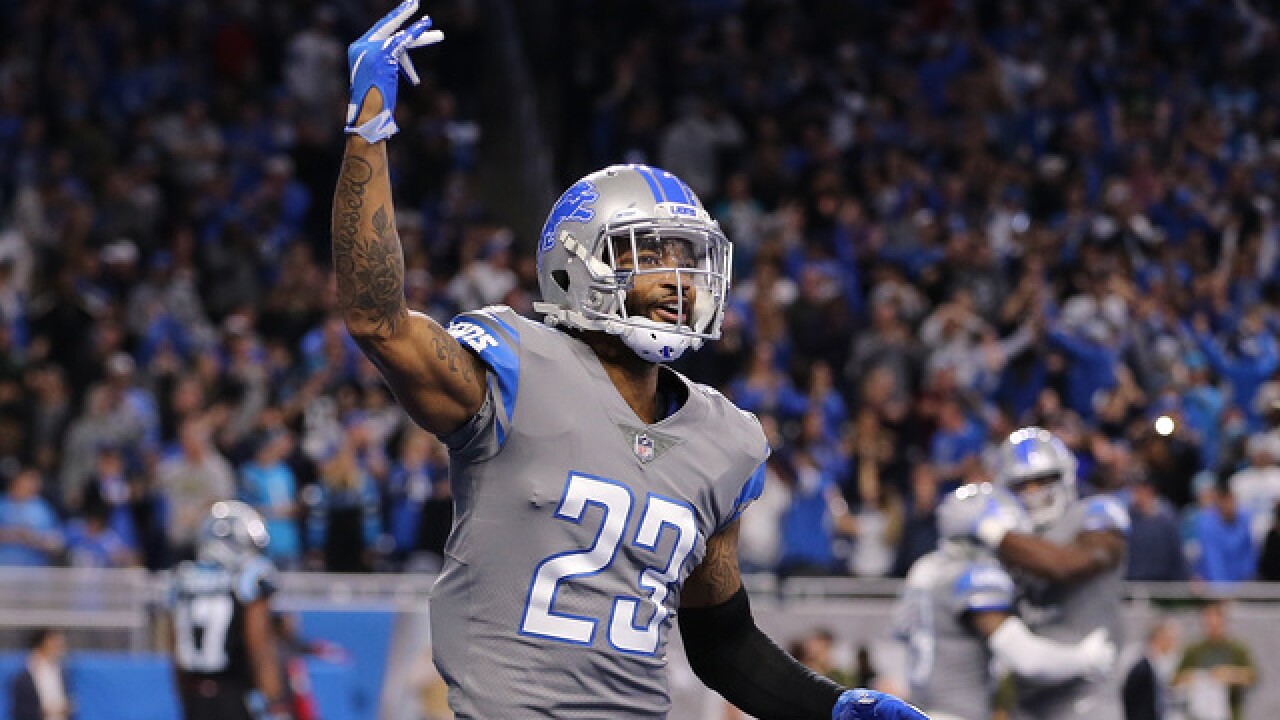 DETROIT (AP) -- The play went for an 82-yard gain, not a great moment for the Detroit defense. The way it ended epitomized the Lions' gritty victory.

Darius Slay hustled back and tackled DJ Moore on a long reception in the third quarter, preventing a Carolina touchdown. The Panthers eventually missed a field goal on that drive, and the Lions went on to win 20-19 on Sunday.

After three straight losses, Detroit's playoff hopes seemed remote entering this game, but the Lions clearly haven't given up. Even after an injury to rookie running back Kerryon Johnson, Detroit was able to take the lead in the fourth quarter and then hold on. Kenny Golladay's acrobatic 19-yard touchdown catch put the Lions up 20-13 with 5:13 remaining, and after Carolina scored a TD of its own with 1:07 left, Cam Newton threw incomplete on a 2-point conversation attempt.

This was the first of three straight home games for the Lions. Detroit (4-6) will try to take another step back toward contention when it hosts Chicago on Thanksgiving.

Johnson departed with an apparent left knee injury after rushing for 87 yards and a touchdown. That injury took away one of Detroit's most promising young players, but the Lions still had another one on the field in Golladay. The 6-foot-4 receiver had eight catches for 113 yards, and some of his receptions were on passes that seemed up for grabs.

Golladay caught a 36-yard pass from Matthew Stafford on third-and-15 in the fourth quarter. Moments later, he leaped backward and came down with his touchdown catch, putting the Lions ahead.

"He comes to work, he runs his tail off, and he tries to make plays as much as he possibly can," Stafford said. "He doesn't say much, and those guys with that quiet confidence, I feel good about."

Slay is a little more chatty, and he backs up his confidence with his play. With the Lions up 10-7 in the third quarter, Moore caught a short pass near the left sideline, then broke back to the middle and raced toward the end zone . Slay finally ran him down at the Detroit 12.

"I thought for sure that was going to be a touchdown, because I didn't think anyone could run him down from behind," Carolina receiver Jarius Wright said. "The Lions have some speed back there, though."

Then the defense held, and Graham Gano missed a field goal.

"We don't want to quit, we want to keep going, we want to tackle him and just give us a chance to try to get out of a bad situation," Patricia said. "It's unfortunate that that play happened, but certainly again proud of our guys with the mental toughness to settle down and then just play the next couple plays."