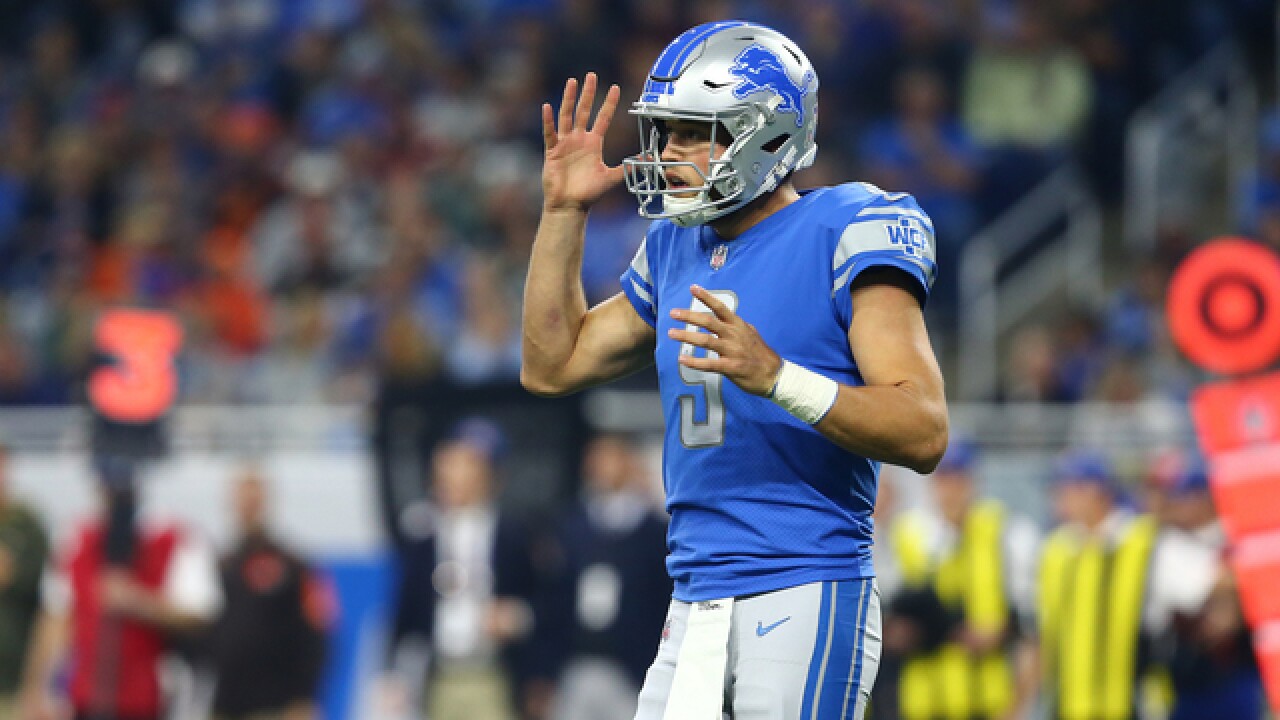 Detroit Lions quarterback Matthew Stafford seems to be resting the injured fingers on his throwing hand.

Stafford did not throw passes Wednesday while reporters had access to the beginning of practice.

His right hand was stepped on in Sunday's loss at Baltimore, knocking him out of the game.

Stafford and the Lions were relieved that X-rays were negative. He had bandages wrapped around his pinkie, ring and middle fingers on his right hand earlier this week.

The Lions (6-6) play at Tampa Bay (4-8), clinging to their slim chances of earning a spot in the playoffs.

Stafford's backups are second-year pro Jake Rudock and rookie Brad Kaaya, who is on the practice squad.