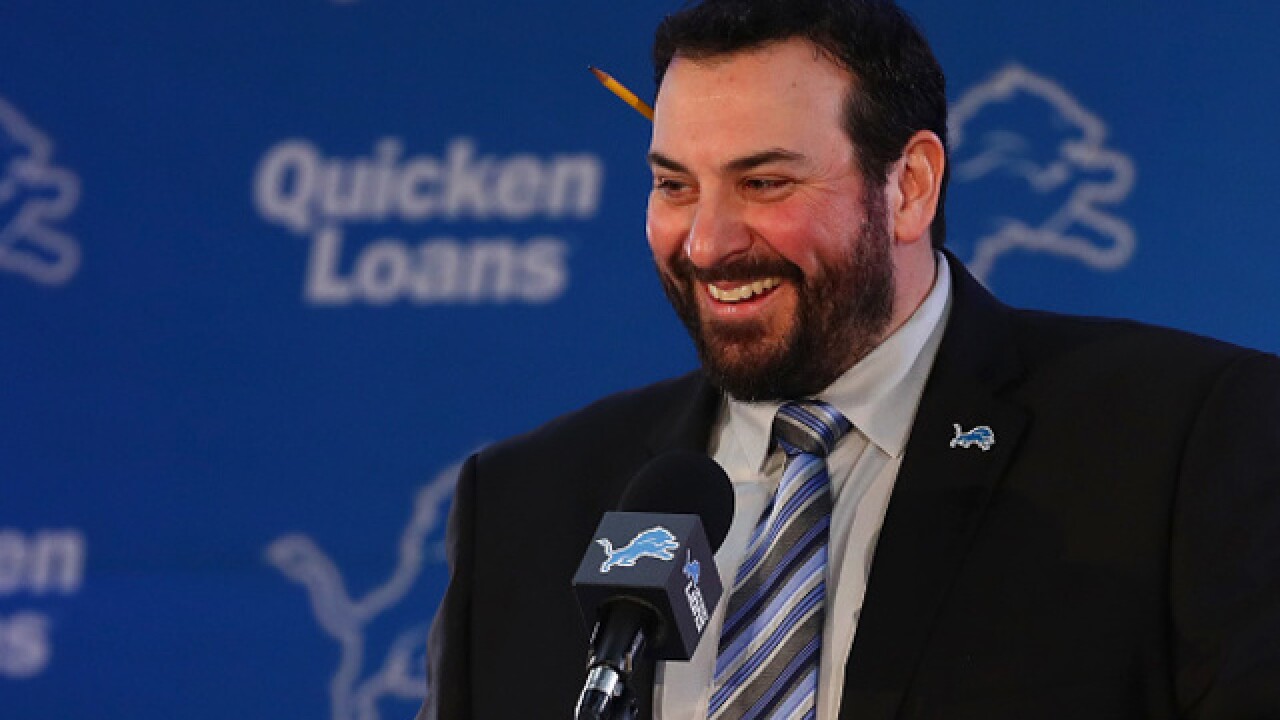 Copyright 2018 Scripps Media, Inc. All rights reserved. This material may not be published, broadcast, rewritten, or redistributed.
Gregory Shamus
<p>ALLEN PARK, MI - FEBRUARY 07: Matt Patricia speaks at a press conference after being hired as the head coach of the Detroit Lions at the Detroit Lions Practice Facility on February 7, 2018 in Allen Park, Michigan. (Photo by Gregory Shamus/Getty Images)</p>

Matt Patricia's unlikely path to becoming an NFL coach began with his buddies, setting up miniature players on a vibrating, metal field for fierce games of electric football.

"I knew at a very young age the strategic part of the game was something that I just loved,"  Patricia  said Wednesday after being  introduced  as coach of the Detroit Lions. "I thrived on it. We would try to just out plan each other all the time and we'd have huge games that would roll into weeks at a time."

Years later,  Patricia  took a pivotal step toward his dream job after earning an aeronautical engineering degree at Rensselaer Polytechnic Institute by being a graduate assistant at his alma mater. The former offensive lineman — who is from Sherrill, New York — coached up one of the players at RPI and saw him do what he was taught during a game.

"The success that we had and his joy that he showed from being able to do that, that's really when it clicked for me as a coach," Patricia said with his previously bushy beard trimmed and a pencil over his right ear. "At that point, the strategic part of the game along with my coaching aspirations just kind of put things in motion."

The Lions desperately hope Patricia takes full advantage of his first opportunity to lead a football team and ends their decades-long search for a coach who can lead them to elusive success in the playoffs.

Since winning the 1957 NFL title, Detroit's only postseason victory was more than a quarter-century ago.

"Our goal is to win and to compete for championships," team president Rod Wood said. "I believe that we are taking the next step in meeting those expectations."

"I wanted to find a leader that could take us to the next level and I am confident we have found that in Matt Patricia," Quinn said.

The 43-year-old Patricia helped New England win three Super Bowls over 14 years. He was the Patriots' defensive coordinator the past six seasons.

Detroit's search was focused on Patricia right from the start because  he worked with Quinn  for a dozen years in New England.

"We sat next to each other in a lot of team meetings in New England for many of our years together," Quinn recalled. "We also spent a great deal of time together on the road scouting college prospects, traveling around the country trying to find new players."

In recent years, Patricia has become a candidate to lead a team in the league as one of Bill Belichick's top assistant coaches. He appeared to be in the running to be hired by his homestate New York Giants and perhaps the Arizona Cardinals, but choose the challenge in the Motor City at least in part because of his relationship with Quinn.

"My comfort level with Bob is huge in all of this," he said.

Jim Bob Cooter was not mentioned in the Lions' release regarding  staff additions , but he is listed on the team's website as its returning offensive coordinator.

"Jim Bob is on staff and he will be here," Patricia said. "Obviously, he's done a great job here in what he's been able to accomplish with both him and (Matthew) Stafford and the offense."