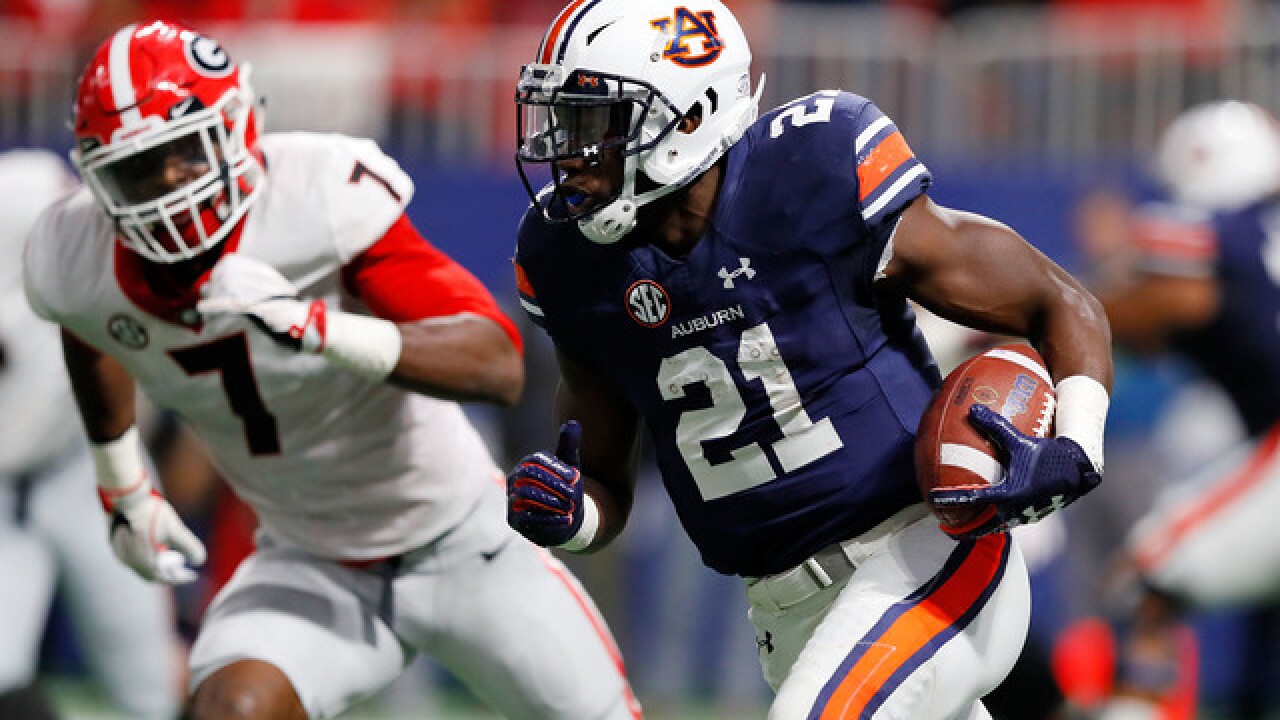 Copyright Getty Images
Kevin C. Cox
<p>ATLANTA, GA - DECEMBER 02: Kerryon Johnson #21 of the Auburn Tigers runs the ball during the first half against the Georgia Bulldogs in the SEC Championship at Mercedes-Benz Stadium on December 2, 2017 in Atlanta, Georgia. (Photo by Kevin C. Cox/Getty Images)</p>

ALLEN PARK, Mich. (AP) -- It's been nearly two decades since Barry Sanders last took the field for the Lions, and it feels like Detroit's running game has been flailing ever since.

The latest potential solution to that problem --second-round draft pick Kerryon Johnson of Auburn -- was 1 year old when Sanders played his final season.

"I wish I was alive during that time to really get to watch him in person," Johnson said. "He's a fantastic, fantastic running back. And just going to the same organization as him is awesome, it's like a dream come true."

The Lions selected Johnson on Friday night after trading up to the No. 43 pick in a deal with New England. Detroit hopes Johnson can boost a running game that ranked last in the NFL last season. The Lions haven't had anybody rush for 100 yards in a game since 2013.

Johnson ran for 1,391 yards and 18 touchdowns last season despite missing two games with an injury, and he decided to skip his senior season to enter the draft. The Lions drafted offensive lineman Frank Ragnow of Arkansas in the first round, and the addition of Johnson could add balance to Detroit's Matthew Stafford-led offense.

But the Lions have been down this road before. Sanders played his final season in 1998. Since then, Detroit has picked five running backs in the first two rounds of the draft: Kevin Jones, Jahvid Best, Mikel Leshoure, Ameer Abdullah and Johnson. The last four of those players have been taken since 2010, but none has been able to add a consistent running threat to complement Stafford and the passing game.

"I'm happy to be a piece of anybody's puzzle," Johnson said. "I'm ready to come in and work. That's what I feel like this organization loves to do is work. That's what everybody knows Detroit for, being a hard-working city."