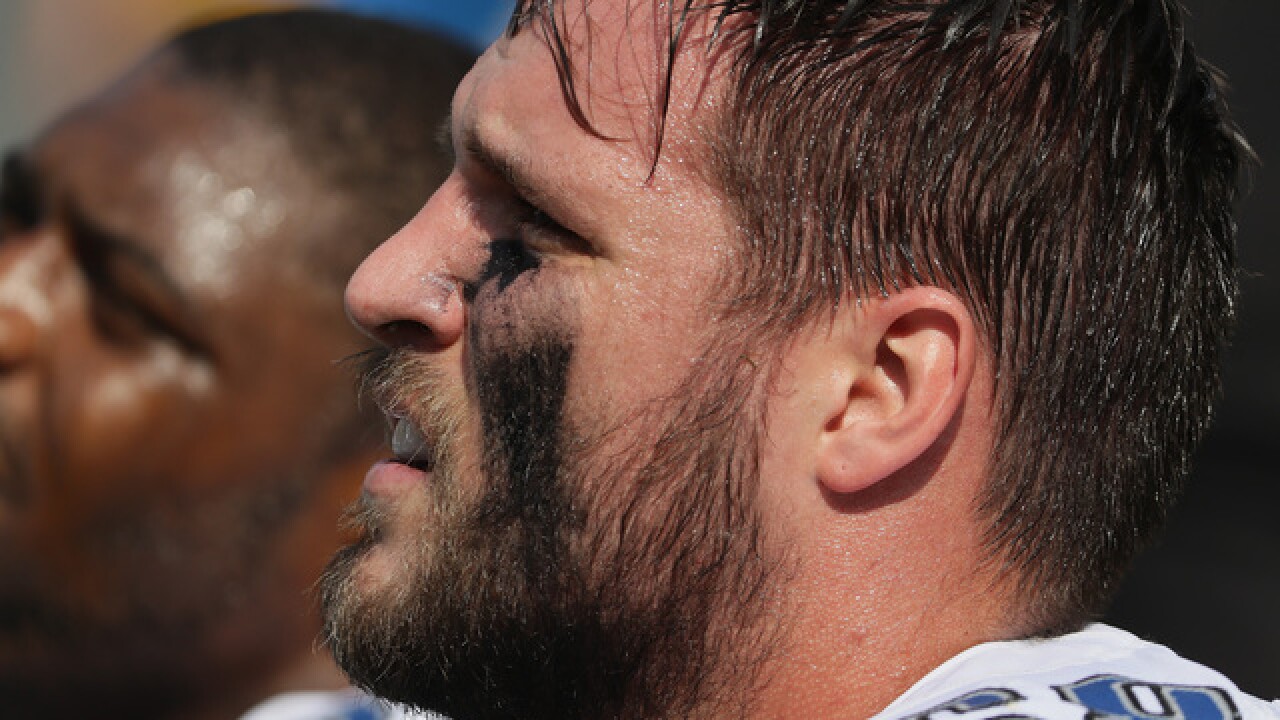 2016 Getty Images
Jonathan Daniel
<p>GREEN BAY, WI - SEPTEMBER 25: Taylor Decker #68 of the Detroit Lions sits on the bench during a game against the Green Bay Packers at Lambeau Field on September 25, 2016 in Green Bay, Wisconsin. The Packers defeated the Lions 34-27. (Photo by Jonathan Daniel/Getty Images)</p>

Detroit Lions offensive tackle Taylor Decker has taken a step back in his comeback from a shoulder injury.

Decker returned to practice Wednesday and was taken off the physically unable to perform list. He hurt his right shoulder during an offseason workout with the team and had surgery in June.

The Lions acquired Greg Robinson in a trade with the Los Angeles Rams after Decker was injured and started him in six games at left tackle. Brian Mihalik replaced the injured Robinson on Sunday in a loss to Pittsburgh.

Detroit drafted Decker in the first round last year and he started every game.

The Lions (3-4) have lost three straight going into a road game against Green Bay (4-3) on Monday night.