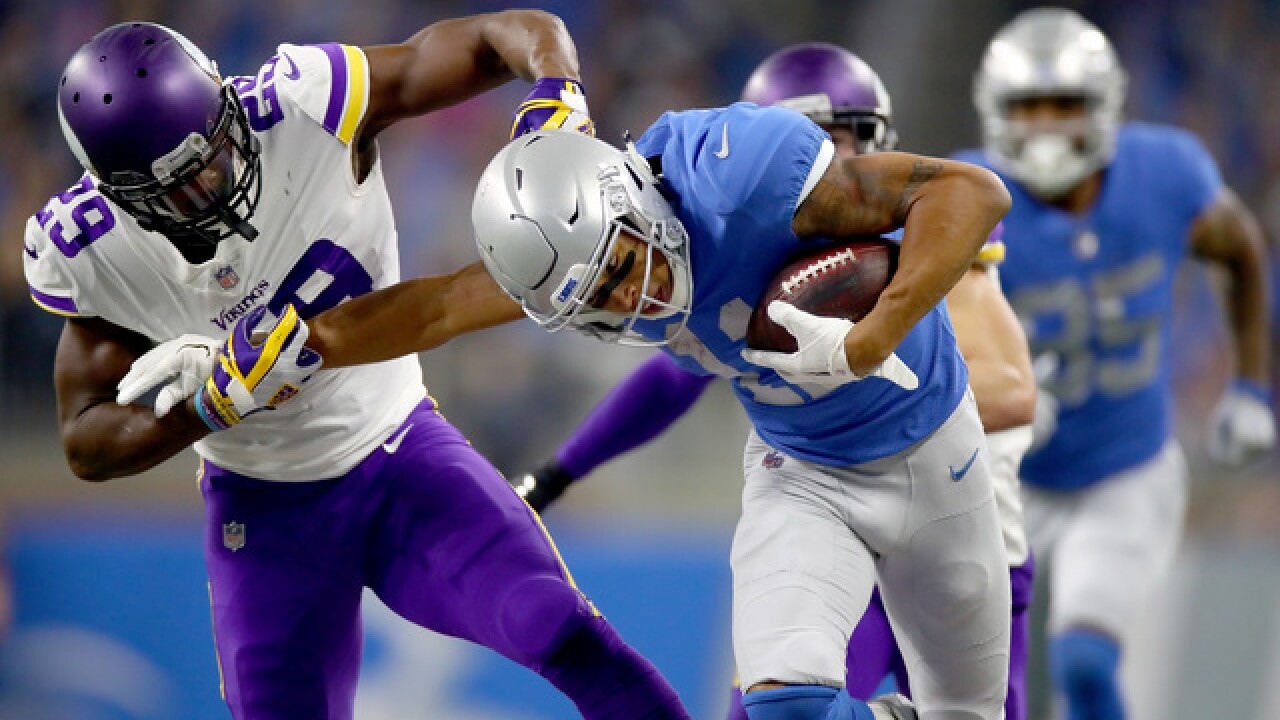 2017 Getty Images
Gregory Shamus
<p>DETROIT, MI - NOVEMBER 23: Marvin Jones #11 of the Detroit Lions fights off defender Xavier Rhodes #29 of the Minnesota Vikings after catching a pass during the first half at Ford Field on November 23, 2017 in Detroit, Michigan. (Photo by Gregory Shamus/Getty Images)</p>

Case Keenum threw for two touchdowns and ran for a score all in the first half to give the Minnesota Vikings a double-digit lead and they went on to beat the Detroit Lions 30-23 Thursday.

The Vikings (9-2) took a huge step toward winning the NFC North, taking a three-game lead over the second-place Lions.

Detroit (6-5) made mistakes in every phase of the game and Minnesota took advantage.

Keenum was 21 of 30 for 282 yards with both TD passes to Kyle Rudolph that gave the Vikings a 20-3 lead late in the second quarter.

The Lions rallied to pull within four points early in the fourth quarter on Matthew Stafford's second TD pass to Marvin Jones.

Xavier Rhodes ended Detroit's comeback hopes with an interception at the Detroit 37 late in the game.