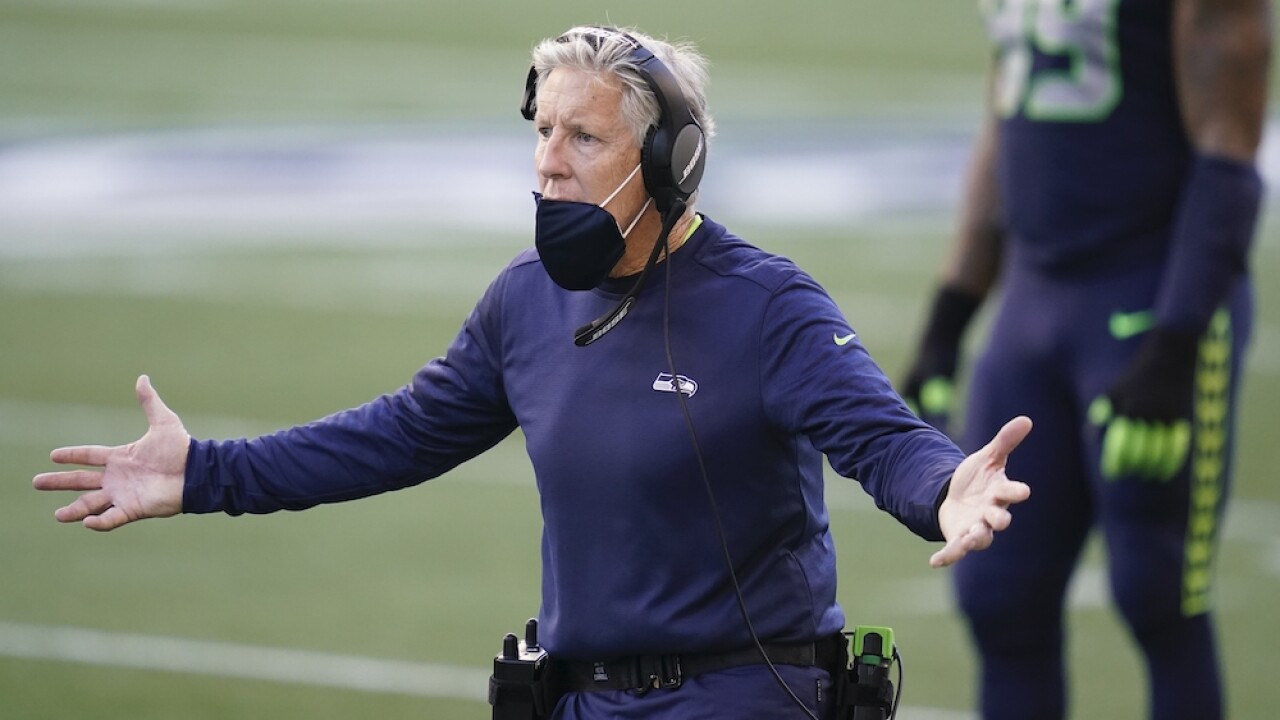 The NFL is threatening to increase punishments for coaches who do not adhere to rules that require sideline personnel to wear masks and face coverings.

In a league memo obtained by both ESPN and CBS, league officials threatened to suspend head coaches who fail to keep masks or face coverings over their nose and mouth during games. The memo also noted teams could face the forfeiture of draft picks if coaches continue to disregard the rule.

"If we are to play a full and uninterrupted season, we all must remain committed in our efforts to mitigate the risk of transmission of the virus," said NFL Executive Vice President Troy Vincent in a statement. "Inconsistent adherence to health and safety protocols such as wearing face coverings and observing physical distancing will put the 2020 season at risk."

In a strongly-worded memo to teams earlier today obtained by @CBSSports, NFL EVP Troy Vincent said non-adherence to safety protocols could lead to suspensions and/or loss of draft picks. pic.twitter.com/L7uexvVR1u

Following week one of the NFL season, the league fined four coaches — the Raiders' Jon Gruden, the Saints' Sean Payton, the Broncos' Vic Fangio and the Rams' Sean McVay — $100,000 each for failing to wear a mask or face covering. The league also fined each team $250,000.

The memo was released the same day that the NFL announced it was postponing Sunday's game between the Titans and Steelers after three Titans players and five personnel members tested positive for COVID-19 on Monday. The league hopes that game can take place early next week.

The Vikings, who played the Titans on Sunday, also suspended in-person activities on Monday.