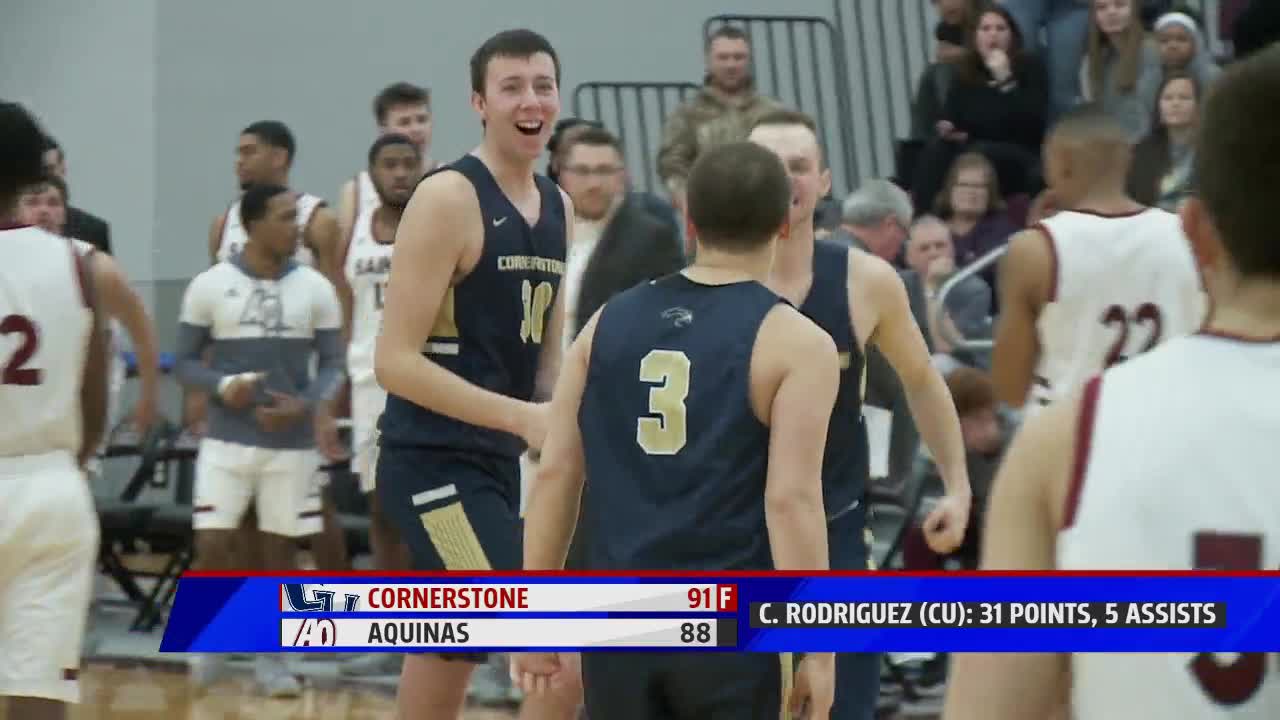 Golden Eagles beat the Saints for an eighth straight time.

It was a back-and-forth final few minutes between Cornerstone and Aquinas. The Saints entered Saturday's meeting dropping seven straight in the series, dating back to exactly three years prior when the Saints won a thriller over the Golden Eagles.

With just under 15 seconds left, tied at 88-88, Cornerstone took a shot to take the lead but it wouldn't fall, the ball would bounce around before a whistle and a signaled timeout by Aquinas.

Except Aquinas didn't have possession and after the timeout, the officials called it an inadvertent whistle which gave the Golden Eagles possession with 3.5 seconds left under their basket.

Drew Knickbocker would inbound to Christian Rodriguez in the corner who knocked down the three, leaving just over a second left on the clock going into a Saints timeout. Aquinas would fail to get a shot off before the buzzer as Cornerstone prevailed, 91-88 on the road.

"Not like that," Rodriguez laughed when asked if he's ever had a moment like that in his career, "I almost did but that was my first game winner. We drew up the play, it wasn't even supposed to come to me, it was supposed to be for Tyler Baker, but Carter Nyp had a nice screen and Drew Knickerbocker found me in the corner, I hit it."

Rodgriguez led the Golden Eagles with 31 points and five assists in the win which now extends the series winning streak to eight games.

"It's huge, this is a rivalry," head coach Kim Elders said, "both teams don't want to lose to each other, we're neighbors, it's a slugfest every time we play these guys and that's what it was again today."