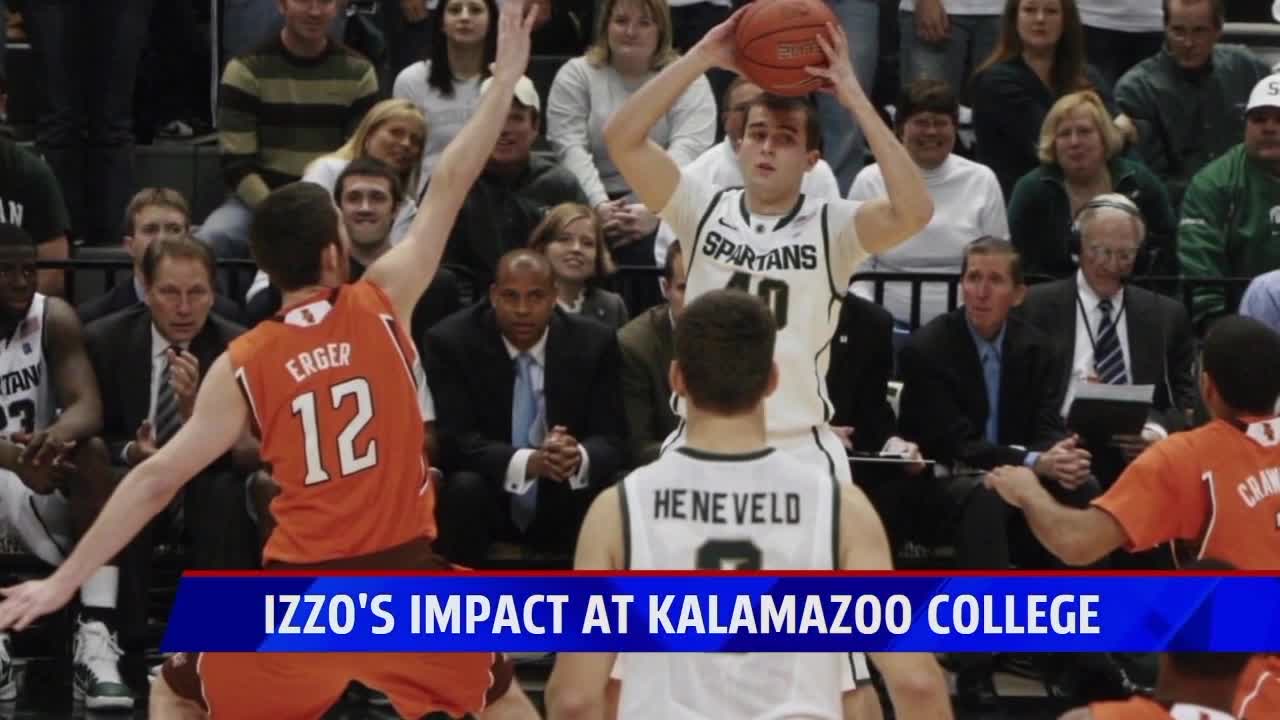 Kalamazoo 1st year men`s basketball coach Nick Giard was a walk on at Michigan State during the 2010-2011 season.

"It was Draymond Green`s junior year," Nick Giard said. "We were preseason number two in the entire country coming off back-to-back final fours and for a variety of reasons we didn`t fulfill our potential, we went 19-15, lost in the first round of the NCAA Tournament and that was a good learning experience because I was able to be a part of it as they kind of turned the page and went back to the fundamentals in the offseason and what made coach Izzo and that program so good and I was able to see them turn it back around again."

Even in just one season there is a lot that can be gained playing for a guy who has been to eight Final Fours.

"It was awesome to learn from coach Izzo," Giard said. "I thought he was crazy, I sometimes didn`t understand the things that we did but then having a chance to work at other institutions and be a part of other cultures I kind of understood why we did things the way we did."

Being a head coach that came from the Michigan State family certainly has its perks and Giard has taken advantage of them.

"We actually got to go up to practice there one day and see how coach Izzo and there staff runs a program," junior forward Thomas Cook said. "He wanted us to watch the players and how they interact with each other and the kind of energy they bring and the culture they have at Michigan State."

"I`ve had an opportunity to ask questions and stuff about it," Tre Humes said. "Just to be around such a great basketball mind like coach Izzo, I`m definitely going to pick his brain as much as I can before I leave to try to see what he`s learned from him and implement that into my life and my game."

Giard got the job at K-College late after Jay Smith left to join Juwan Howard at the University of Michigan. While the Hornets have struggled this season, a large part of what Giard wants to do comes from his time in East Lansing.

"I`d say the majority of the concepts here are kind of a combination of my previous job when I was an assistant at Williams College in Massachusetts as well as how coach Izzo did things at Michigan State," Giard said. "I try to find a good blend between the two. Pretty contrasting styles but at the same time both very focused on the fundamentals and that is what we try to do here everyday.'