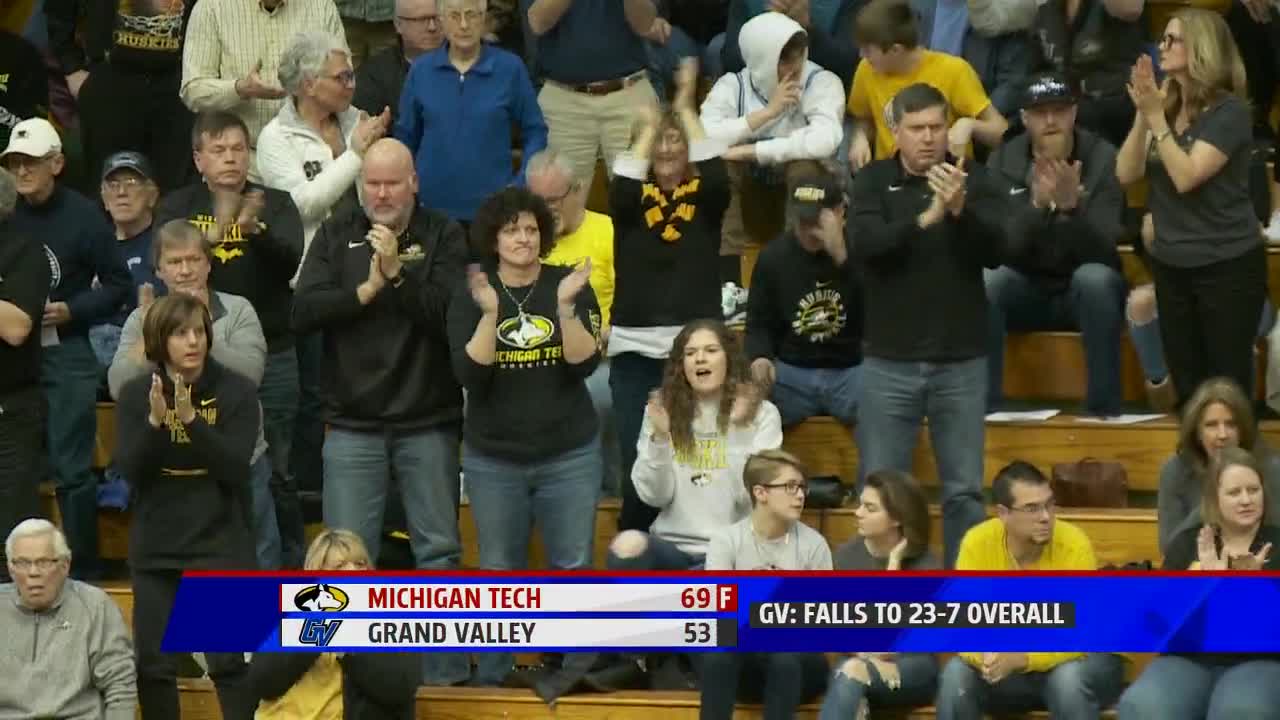 The Grand Valley men's basketball team had a tough shooting afternoon against Michigan Tech in the GLIAC semifinal on Saturday.

Christian Negron led the way for the Lakers with 18 points as the team falls to (23-7) overall and now awaits an at-large bid into the NCAA tournament.