Albion beats Hope on the road for first time since 2011

Britons improve to 11-2 on the season 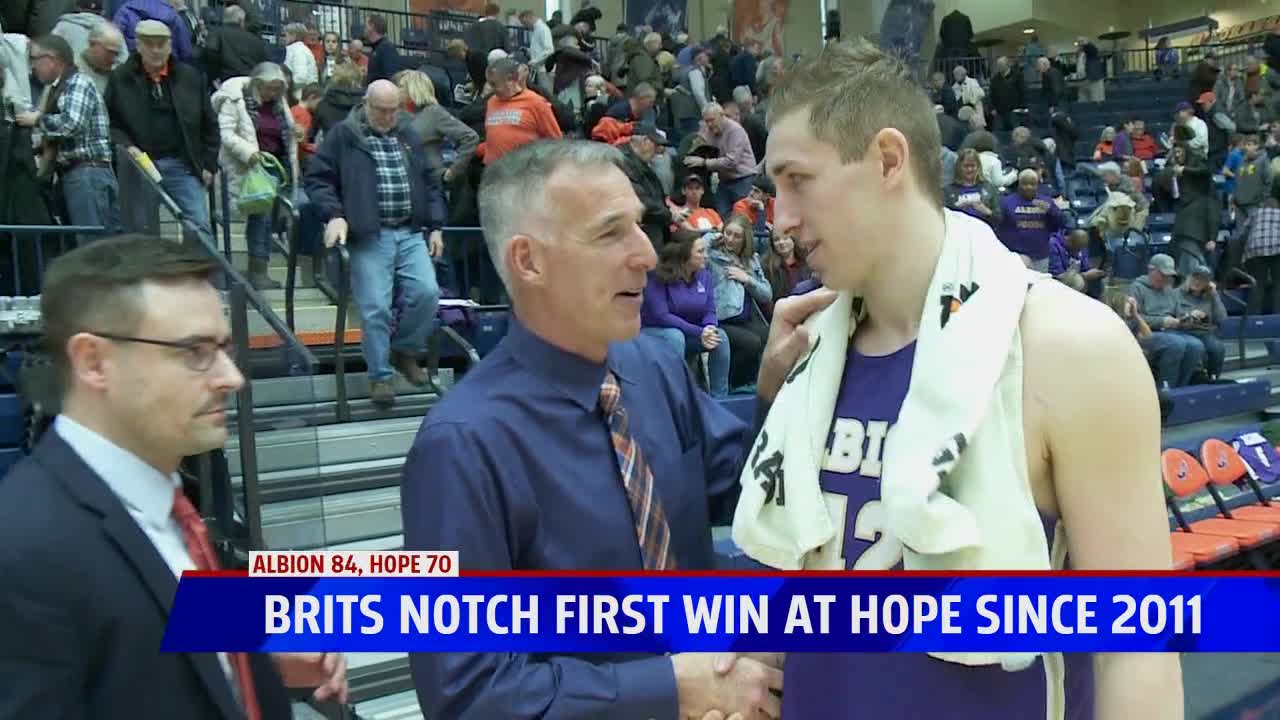 The Albion men's basketball program came away with an 84-70 win on Saturday afternoon at Devos Fieldhouse to mark the Britons first win at Hope since February of 2011. Britons guard Jamezell Davis, Jr. had a game-high 23 points while junior Caden Ebeling scored 21 points and grabbed nine rebounds.

"It's been years since Albion has won at Hope," Ebeling said after the game, "we knew this was a good team coming in, probably the second best team in the league. Beating them here is a huge thing for us, since I've been here we haven't done it, so it's a big thing for us."

Albion shot 11-of-26 from beyond the arc and led by as many as 23 points in the second half.

"To come to Hope and get a win is something we haven't done in a long time," head coach Jody May said, "we're extremely happy. I told them that I appreciate the win but there were things out there that we need to get better at. We can't be satisfied with 100-percent of the play, we have to keep working, grinding and get better at things."